UN praises deal to set up de-escalation zones in Syria
5 May, 2017 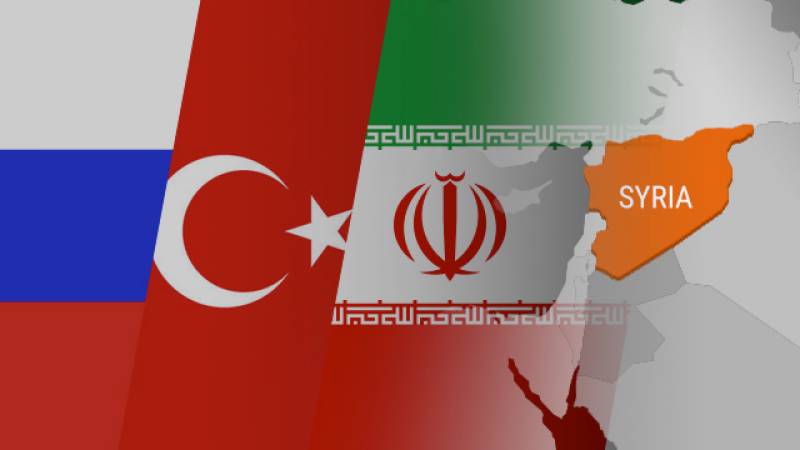 UNITED NATIONS: Following Thursday's signing of a deal to setup so-called "de-escalation zones" in Syria, the United Nations envoy for the war-torn country praised the agreement and said its success could bolster the path towards peace talks.

"Today in Astana I think we have been able to witness an important, promising and positive step in the right direction in the process of de-escalation of the conflict", said Staffan de Mistura, who witnessed the signing.

He is in Astana as an observer to the latest round of the Astana talks aimed to bolster the ceasefire regime brokered by Russia, Turkey and Iran in late December 2016.

The hard work of Iran, Russian Federation, Turkey and the presence at the senior level of the United States of America and of Jordan has produced something that we believe as a UN is a very significant, and in my opinion "our opinion" is a promising step,De Mistura also noted.

While details of the de-escalation agreement between the three guarantor parties have not been made public, expectations have been raised that it will lead to greater humanitarian access for the 6.3 million Syrians still living in the country.

Speaking to journalists, De Mistura said that and when the de-escalation agreement becomes concrete, it would be "conducive and helping" the intra-Syrian discussions.

"We hope it is going to be concrete in the next two weeks for the resumption of the Geneva talks,",the UN envoy said.

The intra-Syrian talks taking place in Geneva, held in parallel to the Astana talks, aim for a political solution to the six-year conflict. The discussions are guided by UN Security Council resolution 2254 (2015), focusing on matters of governance, a schedule and process to draft a new constitution and the holding of elections as the basis for a Syrian-led, Syrian-owned process to end the conflict. The last round wrapped up in March.

In addition to Thursday's agreement, De Mistura said that the three guarantor countries, plus Jordan and US, have been discussing humanitarian demining in Syria and the issue of detainees, missing people and abductees.

"Both areas have not been yet formally finalized but we believe is being almost finalized, we believe, in imminent discussions. This is also a very good development. Conclusion: this is an important day", he said. (APP)