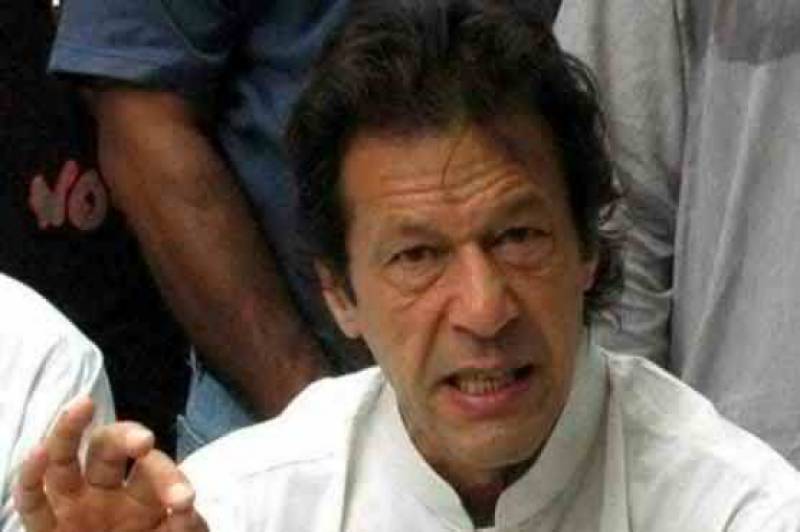 Pakistan Tehreek-e-Insaf Chairman Imran Khan said that his lifelong struggle is not to become Prime Minister but to make a poverty-free Pakistan.

He said that the poverty can only be reduced when corruption is eliminated, further adding that a nation stands with a Saadiq and Ameen leader, however, our PM Nawaz has been exposed as a liar.

“China pulled out 50 crores of its people from poverty, that's exactly what I want to do in Pakistan,” he said. “We can only do this by eradicating the cancer of corruption. Nawaz Sharif is standing in the way of my dream to make Pakistan a better place to live.”

My aim is to make Pakistan a country whose green passport is respected in the world.

“We lost our respect in the world because we are a nation in debt, we aren't self-sufficient.”

Earlier while addressing his supporters in Karachi, Imran Khan said: “Karachi used to raise voice against injustice before anyone else. Why is Karachi, which stood up for the rest of the country, not coming out for its own rights,” asked Imran addressing the march.

The PTI chief said that the city contributes 60% to the Gross Domestic Product (GDP) of Pakistan. He threatened that in future when they come out on streets it would be a different scene.

Imran said that the Panama case verdict will prove whether the country will be rid of corruption or will be “a Pakistan of Zardari and Nawaz Sharif”.

“A liar cannot be a prime minister of the country,” he said.

He while announcing the march had said that the walk aims to bring to the spotlight issues such as loadshedding, water shortage and garbage disposal.