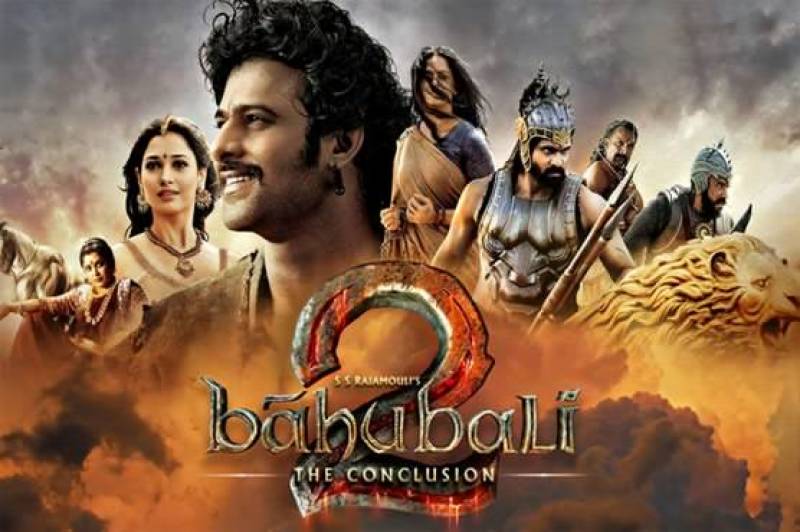 MUMBAI: - S. S. Rajamouli’s Telugu fantasy epic “Baahubali 2 – The Conclusion” is shattering many a myth about film-making in Bollywood on its way to breaking box office records in India.

The second installment in the two-film franchise that combines Indian mythology with Hollywood-style special effects opened to packed theatres across India and looks set to become the highest-grossing Indian movie sometime this week. The feat is all the more impressive because audiences in Hindi-speaking north India hardly watch films made in the south and vice versa. The first film in the franchise, about warring kings in a magical kingdom, released in 2015.

The latest film, which was released last Friday, has grossed 6.41 billion rupees ($99.8 million) globally in ticket sales till Tuesday – including 4.41 billion rupees in India. It also ranked third in North America, raking in just over $10 million in ticket sales over three days (till April 30), according to website BoxOfficeMojo - the biggest ever opening for an Indian film in the world’s largest film market.

But it is the movie’s business in India that has analysts running out of adjectives. In the Hindi-speaking belt, where a dubbed version was played, “Baahubali 2” made more on its first day than what Bollywood’s top grossers “Bajrangi Bhaijaan”, “PK” and “Dangal” did on their respective opening days.

“Baahubali 2” has already overtaken the domestic tally of Bollywood’s highest-grossing movie of all time, Aamir Khan’s “Dangal”, and is on the verge of surpassing its global earnings of 7 billion rupees.

“The biggest lesson is that the size of the market is huge. In the last few years, people (from the industry) have been saying that we need more screens or that the younger audiences are moving to digital, but this movie has shown that the medium is there and so are the audiences,” said Shailesh Kapoor of Ormax, an agency that tracks box office results.

“You just have to give them something worth coming to the theatres for.”

India has around 10,000 screens, out of which “Baahubali 2” played at more than 7,000. Many theatres gave it as many as ten shows a day at premium pricing. The film also broke the notion that audiences look for big stars to draw them to theatres or that dubbed films don’t work.

“The average occupancy has been the highest ever for any Hindi film. On Sunday, it was around 95 percent and that has never happened for any Hindi film, especially on all four days,” Anil Thadani, whose AA Films was the distributor for the Hindi version, told Reuters.

“It is a dubbed film, without a big star, so to speak. And yet it is doing the kind of numbers we are seeing.”

That is the kind of success Bollywood would give an arm and a leg for. The Hindi film industry finds itself in a rut, with audience footfalls decreasing and growth slowing down to a trickle. It relies on two big stars - Salman Khan and Aamir Khan - to give them the blockbusters. But both men are in their 50s and do one film a year on an average, which means that an increasingly younger audience is turning to Hollywood films to get their thrills on screen.

When Kapoor of Ormax and his team were interviewing focus groups last month in cities like Lucknow and Indore, most youngsters they spoke to mentioned Hollywood’s “The Fate of the Furious” as the movie they were most looking forward to.

“Their first answer was ‘Fast and Furious’ and ‘Spider-Man’, which comes out later in the year. Bollywood didn’t figure in their calendar,” Kapoor said.

The success of “Baahubali 2” holds many lessons for Bollywood, including the limits of depending on stars and the importance of building a film property. For producers outside of Hindi, it also means that they can dream of making a pan-India film, one that does not have to contend with language as an obstacle.

“For us, the biggest thing is how much love it has found across the country, irrespective of which language people watched it in,” the film’s producer Shobu Yarlagadda told Reuters from London, where he is promoting “Baahubali 2” with its star cast.

“The Hindi speaking belt has always focused on the multiplex audiences, but I think we realise now what a huge audience the single screens are. There should be more focus there too,” he said.