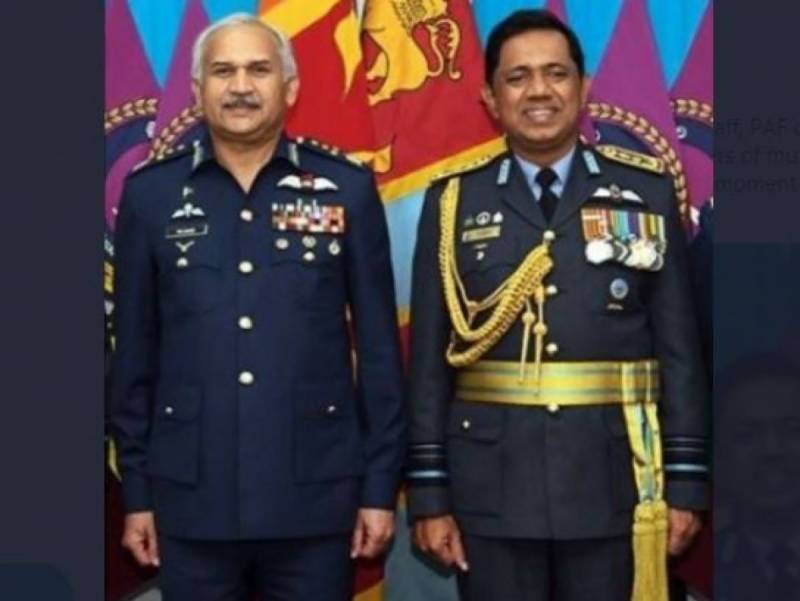 KARACHI – The Air Forces of Pakistan and Sri Lanka have agreed to explore new avenues to enhance bilateral professional cooperation.

Bilateral matters pertaining to mutual professional interest came under discussion during the meeting.

Air Chief Mujahid Anwar Khan said it is a moment of pride for PAF that Commander of the Sri Lankan Air Force was trained in Pakistan.

He said our armed forces in general and Air Forces in particular, have strong ties of friendship.

The Sri Lankan Air Chief thanked the PAF Chief for his sincere offer of cooperation.