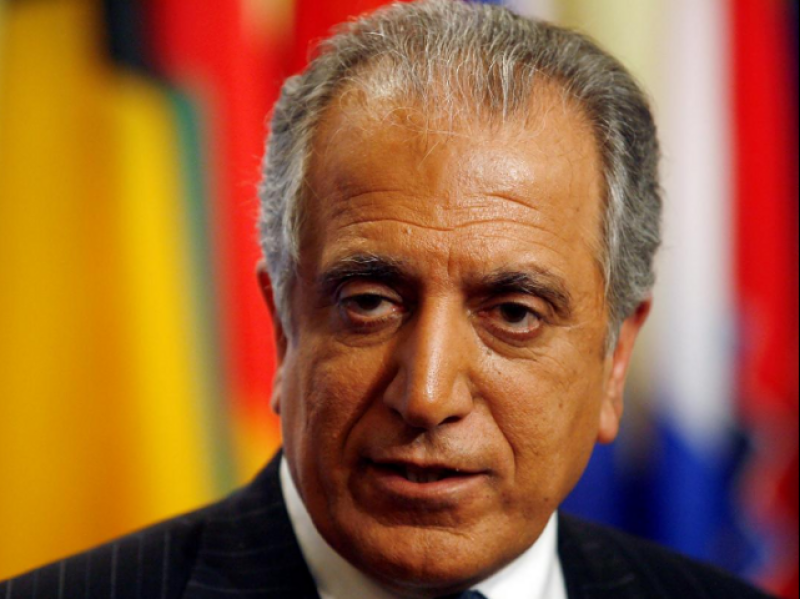 *ISLAMABAD: *The US on Thursday reiterated its commitment to facilitating a prisoner exchange under a peace agreement signed with the Taliban in the Qatari capital last week to end the long-running conflict in Afghanistan.

US peace envoy Zalmay Khalilzad said on Twitter that his country is committed to facilitating the prisoner exchange, which was agreed to in both the US-Taliban agreement and US-Afghanistan joint declaration.

“We will support each side to release significant numbers,” said Khalilzad.

His remarks came after a statement issued by Afghan President Ashraf Ghani that his government had not made any commitment to the release of 5,000 Taliban prisoners.

In response, Taliban political spokesperson Suhail Shaheen said intra-Afghan dialogue would take place only after the release of prisoners.

“I met Mullah Berader and his team last night for a candid discussion about next steps, followed by a constructive phone call with President @realDonaldTrump. We all agreed the purpose of the US-Taliban agreement is to pave the path to a comprehensive peace in #Afghanistan,” said Khalilzad.

“We must act on all fronts to clear the road of obstacles that slow our progress toward intra-Afghan negotiations. I once again call on all Afghans to rise to the occasion, put country first and not to lose this historic opportunity.”

On Wednesday, US forces in Afghanistan announced the resumption of military operations in the war-torn country after an 11-day pause.

Sonny Leggett, a spokesperson for the US forces in Afghanistan, said on Twitter that US jets conducted an airstrike Wednesday against Taliban fighters in Nahr-e Saraj district in Helmand province.

Taliban fighters “were actively attacking an #ANDSF [Afghanistan forces] checkpoint. This was a defensive strike to disrupt the attack. This was our 1st strike against the Taliban in 11 days,” Leggett said.

In response, however, the Taliban said according to the plan, they will implement all parts of the agreement one after another to prevent the war from intensifying.

“The other side must also remove the barriers to the implementation of all parts of the Agreement. This is in order to pave the way for a countrywide peace and for Afghans to enjoy their fundamental rights,” Shaheen said in a Twitter post.

The landmark deal between the US and the Taliban, signed on Feb 29 in Doha, Qatar, lays out a timetable for full troop withdrawal from Afghanistan within 14 months.

It is expected to lead to dialogue between the Taliban and the Kabul government in seeking an end to the armed conflict that began in 2001. - Anadolu Agency