American economy in serious trouble and worst is yet to come
5 Mar, 2018 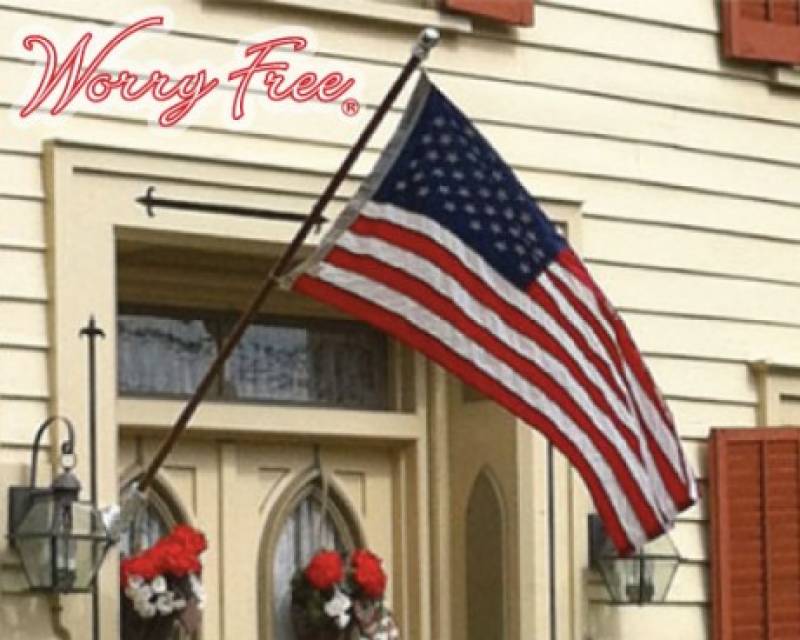 ISLAMANAD - The US is facing serious economic problems though on the face of it ,it looks like a robust economy. And it’s about to get much, much worse.

The evidence is piling up all around. In recent months, we’ve seen nearly $8 trillion disappear from world stock markets… and a whopping 70% of investors lost money in 2015.Even the great Warren Buffett lost $11 billion dollars. We’re looking at a collapse in corporate bonds and plummeting oil and commodity prices. Research shows the “too big to fail” banks, the top five largest financial institutions (the ones that were bailed out in 2008), are now 25% bigger than they were back then, and more dangerous than ever.

We’ve seen private businesses take on more debt than any time in the past 12 years, and an incredible 863 companies that have had their credit rating downgraded last year, the most since 2009 and it includes the retail giant WalMart too which announced the shutdown of more than 250 stores, worldwide.

This is what happens when our government embarks on a gross, out of control experiment, expanding the money supply 400% in just six years, and more than doubling our national debt since 2006. It took USA 216 years to rack up the first $8.5 trillion in debt… then just 8 more years to double that amount. As per Stansberry Research, which has been investigating this situation closely for years, “this is a 100% certainty: The way we, live, work, travel, retire, invest… everything is going to change. Some of it in ways most people would never expect.

A “new” crisis of epic proportions is already underway”, says the research report. Stocks will fall further. Bonds are going to collapse. Huge numbers of bankruptcies in the energy business may soon ripple through the financial system. And eventually, there is going to be a major stock market crash and it will be worse than the one world experienced seven years ago.

There is, perhaps, going to be a currency crisis too because investors and governments around the world will realize the US dollar is not the safe haven, it once was. Sooner than most people think, we’ll see the US dollar lose it’s “reserve currency” status, and this will make it much harder for US government to borrow money, and have its military stationed in more than 150 countries.

There are going to be massive changes to retirement system and Social Security payments. There will be huge tax increases and even a “wealth tax,” which levies a fee on all savings and any assets of value.

There will be all kinds of new laws and rules about what one can do with money, just like House of Representatives bill H.R. 2847, which went into effect July 1, 2014. This law made it extremely difficult, if not impossible, for the average American to get some of their money out of US dollars, and into more stable currencies via foreign banks.

In the months and years to come we’re going to see more and more of these “capital controls” placed on personal savings…There is all the possibility of a massive inflation when the trillions and trillions of newly printed dollars begin making their way into the economy.

Many people see the recovered stock market, the rebound in real estate prices, and want to believe everything is “back to normal.” But, the research report says, nothing is “normal” about what is happening in America today. It is all smoke and mirrors the result of an out of control government experiment with our money supply. After all, how can it be “normal” when roughly 75% of Americans are living paycheck to paycheck, with essentially zero savings, according to another recent study.

The “labor force participation rate” (basically the percentage of able bodied people who are actually working) has fallen every year since 2007 and at the end of 2015 was at its lowest level since the 1970s. (Source: The US Bureau of Labor Statistics)

Does that sound “normal” to you? Can America really be back to “normal” when, according to the most recent numbers from the Census Bureau, an incredible 49% of Americans are receiving benefits from at least one government program every single month? Or when 52% of all American workers make less than $30,000 a year?

Can things really be “normal” in America when at one point, a single US government controlled agency (the Federal Reserve) was purchasing up to 70% of the bonds issued by the US Treasury simply by creating money out of thin air?

Or when the “too big to fail banks” that got bailed out in 2007 are actually 25% larger than they were back then. And how can things be normal when country’s money supply has increased by 400% since 2006 all just printed out of thin air (Qualitative easing policy initiated by former Fed Chairman, Bernanke).

By: Rashid A Mughal — The writer is former DG (Emigration) and consultant ILO, IOM.