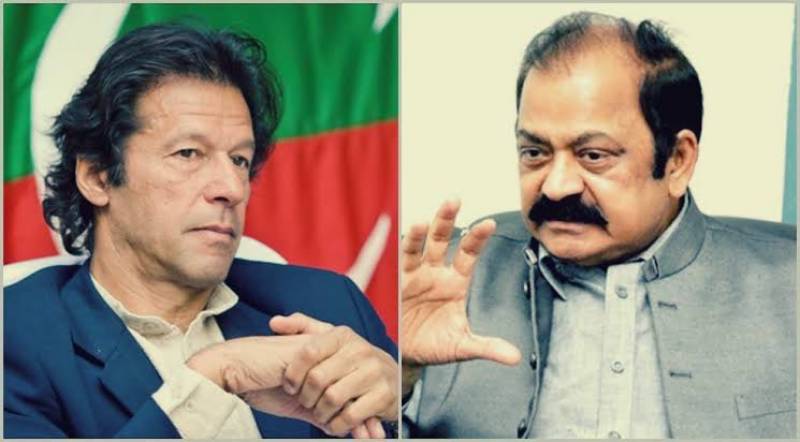 *ISLAMABAD: Interior Minister Rana Sanaullah on Sunday announced that former prime minister and PTI Chairman Imran Khan will be arrested as soon as his pre-arrest bail would expire. *

In a statement issued today, the interior minister said that he welcomes Imran Khan’s return to Islamabad and said that he has been provided security as per law.

“Imran Khan is nominated as a suspect in more than two dozen cases pertaining to arson and vandalism,” he said and added that he was also booked in cases related to carrying out armed attacks against the federation.

Rana Sanaullah threatened that as soon as pre-arrest bail obtained by Imran Khan would expire, the same officials provided him as security will arrest him. He lamented as to how a man inciting violence could lead a party.

Yesterday, Pakistan Tehreek-e-Insaf (PTI) leader Fawad Chaudhry has said that Chairman Imran Khan is coming link to Islamabad tomorrow. Charter of the economy is an idiotic concept, he added.

The PTI Cheif would chair an important session of the PTI core committee in Islamabad, Fawad added.

The former Information minister said that the Interior Minister claims that he would not let Imran Khan travel from KPK to other provinces but he is coming to the capital tomorrow. The supreme court should take notice of the interior minister’s threats, he demanded.