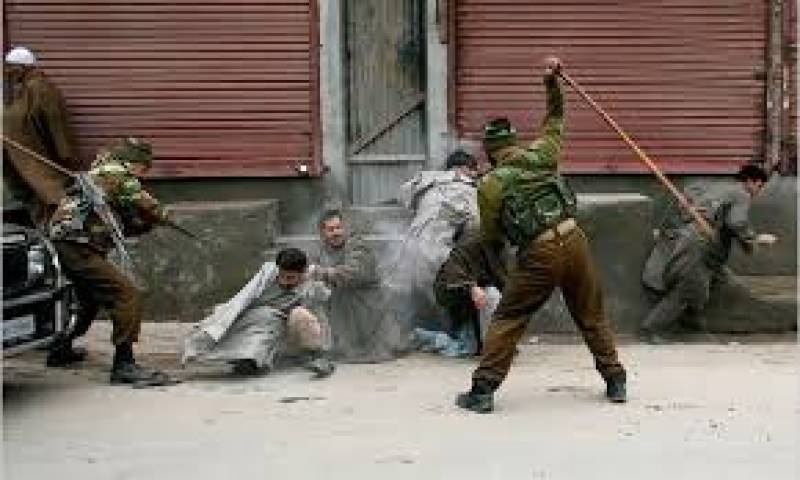 A report released by the Research Section of Kashmir Media Service that the Indian troops martyred 142 Kashmiri’s including 4 women during the period. It said that at least 1,300 people were critically injured due to the use of brute force including firing of bullets, pellets and teargas shells by Indian military, paramilitary and police personnel on peaceful demonstrators.

The report pointed out that India was carrying out genocide of the Kashmiri youth particularly, after August 05, last year, and destruction of houses and harassment of residents has become a norm in occupied Kashmir. It said, Modi regime wants to change the Muslim majority status of occupied Kashmir. “Taking advantage of COVID-19 lockdown, the Modi government promulgated domicile laws. Granting of domicile to over 300,000 Indians was part of its nefarious plan,” it added.

The report said that military siege had multiplied the sufferings of the Kashmiris amid the outbreak of coronavirus as Indian troops had intensified their brutalities including killings, arrests, torture and destruction of residential houses. It added that the unrelenting lockdown had destroyed the economy of occupied Kashmir which had suffered losses of billions in the last ten months. It deplored that press freedom is under a threat in occupied Kashmir where journalists are detained, harassed and face charges.

The report said that the inhuman Lockheed was aimed at breaking the resolve of Kashmiris. However, it maintained that the worst kind of siege for months together has failed to subdue the freedom sentiment of the Kashmiri people and they are determined to keep fighting for their rights, including the right to self-determination.

The report maintained that India’s for brutal actions in the occupied territory are a serious challenge for the international community, which must hold force New Delhi to settle the Kashmir dispute in accordance with the Kashmiris’ aspirations and the relevant UN