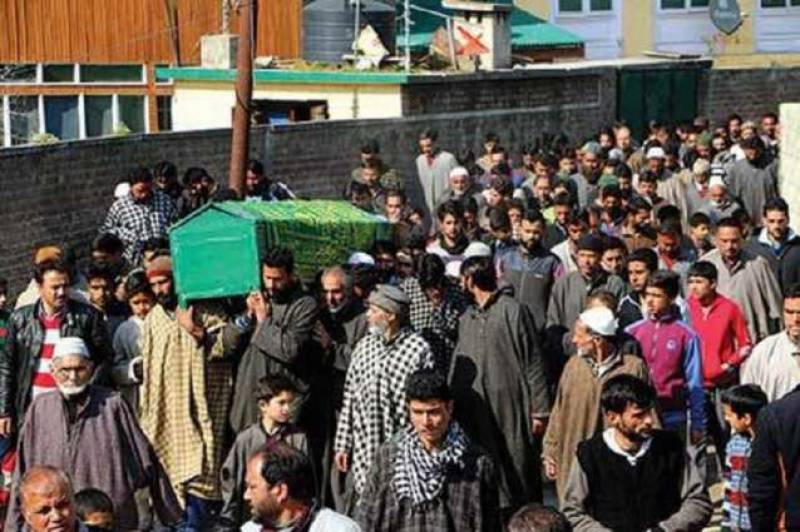 ISLAMABAD: A man was killed after unknown gunmen fired at him in Tral area of Pulwama district.

According to Kashmir Media Service (KMS) , Simranjeet Singh, a resident of Khasipora area of Tral, was critically injured after some unknown gunmen fired upon him. He was immediately shifted to Tral hospital from where he was referred to Srinagar’s SMHS hospital for specialised treatment, where he succumbed to his injuries.

Simran Jeet was a brother of Rajinder Singh – Sarpanch Khasipora Tral. Rajindar was earlier associated with Congress party but later contested the recent Panchayat elections as an independent candidate.

Soon after the attack, Indian troops and police personnel cordoned off the area and launched searches to nab the assailants.