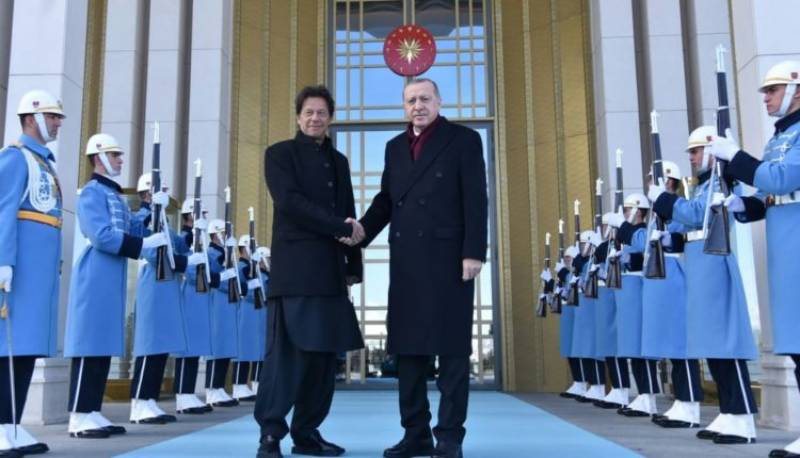 According to details, both the leaders discussed various bilateral, regional and international issues of mutual interest in the meeting.

PM Khan is visiting Turkey on the invitation of the Turkish president. He is accompanied by a high level delegation comprising Minister for Foreign Affairs Shah Mahmood Qureshi, Minister for Finance Asad Umar, Minister for Planning Makhdoom Khusro Bakhtyar and others.

Upon arrival, the premier was accorded a warm welcome by Turkish Minister for Trade Ruhsar Pekjan, Konya Governor Cuneyit Orhan Toprak and Deputy Mayor Mithat at the airport.

It is the first visit of the premier to Turkey after assuming office.

Addressing Turkish businessmen at a business forum in Ankara on Thursday, the prime minister said it was high time for Pakistan and Turkey to take their bilateral trade to a higher level. “Pakistan is fixing it’s governance system and cutting its costs.”

He added that Pakistan launched a big project to build five million housing units and Turkish construction companies are welcome to invest in it.

CPEC “Special Economic Zones are being developed with China under the Belt and Road Initiative (BRI) which is another great opportunity to explore.”