US federal notification puts India ahead of even Israel in defence and Nuclear sectors
5 Aug, 2018 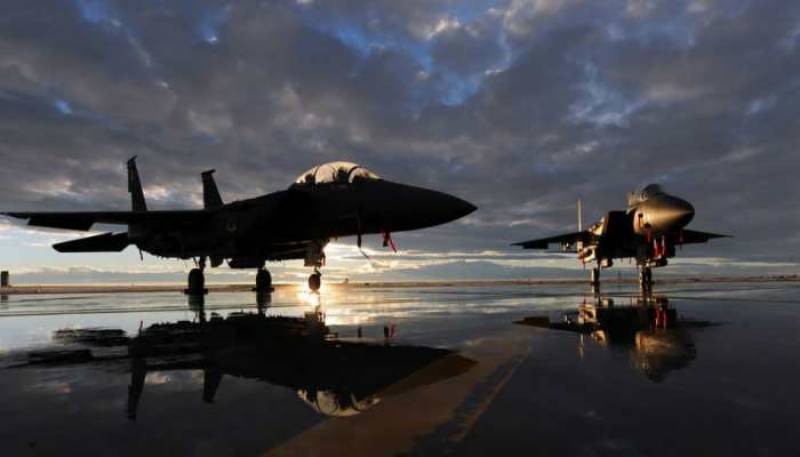 WASHINGTON - India has become the third Asian country after Japan and South Korea to get the Strategic Trade Authorization-1 (STA-1) status after the US issued a federal notification to this effect, paving the way for high-technology product sales to New Delhi, particularly in civil space and defense sectors.

India is the 37th country to be designated the STA-1 status by the United States.

The federal notification, issued on Friday, gains significance as the Trump Administration made an exception for India, which is yet to become a member of the Nuclear Suppliers Group (NSG).

Traditionally, the US has placed only those countries in the STA-1 list who are members of the four export control regimes: Missile Technology Control Regime (MTCR), Wassenaar Arrangement (WA), Australia Group (AG) and the NSG.

In its federal notification, the Trump Administration notes that India is a member of three of the four multilateral export regimes.

Mainly because of the political opposition from China, India's membership application has been pending before NSG, which takes decision by consensus.

By placing India in the STA-1 list, the United States has acknowledged that for all practical purposes India adheres to the export control regimes of the NSG.

This exception for New Delhi is intended to send a strong political message to China and the world, taking into account that America's closest ally Israel is yet to be given this status, primarily because it is not a member of these multilateral export control regimes.

"This action befits India's status as a Major Defence Partner and recognises" the country's membership in three of the four export control regimes -- the MTCR, WA and AG, the federal notification said.

This rule is another in the series of rules that implement reforms to which the US and India mutually agreed to promote global non-proliferation, expand high technology cooperation and trade, and ultimately facilitate India's full membership in the four multilateral export control regimes.

According to the notification, the US and India continue their commitment to work together to strengthen the global non-proliferation and export control framework and further transform bilateral export control cooperation to recognise the full potential of the global strategic partnership between the two countries.

This commitment has been realised in the two countries' mutually agreed upon steps to expand cooperation in civil space, defense, and other high-technology sectors and the complementary steps of the US to realign India in US export control regulations, and support India's membership in the four multilateral export control regimes, it said.

To date, with the effective support of the US, India has been admitted to three of the four multilateral export control regimes, the MTCR on June 27, 2016, the Wassenaar Arrangement on December 7, 2017, and the Australia Group on January 19, 2018.

These memberships, important to the two countries' global strategic partnership, are enhanced by the US' recognition of India as a Major Defence Partner in the India-US Joint Statement of June 7, 2016 titled, "The United States and India: Enduring Global Partners in the 21st Century."

"This recognition facilitates and supports India's military modernisation efforts with the US as a reliable provider of advanced defense articles," the notification said.

As a result, the Bureau of Industry and Security (BIS), formally recognises under the Export Administration Regulations (EAR) India's membership in the WA multilateral export control regimes and revises the EAR accordingly, the federal notification said.

"In addition, to export control-related benefits for India as a result of prior amendments to the EAR in furtherance of the US-India global strategic partnership, BIS places India in Country Group A:5, which provides the benefit of greater availability of License Exception Strategic Trade Authorization (STA) for exports and reexports to, and transfers within India under the EAR," it said.

The federal notification states that because India has been admitted to the MTCR, Wassenaar and AG multilateral regimes and is a 'Major Defense Partner', it is listed in favoured country groups for purposes of license requirements, license application review policy and availability of license exceptions.

"Therefore, BIS believes that this rule will reduce the paperwork burden to the public," the notification said.

Significantly, the US did away with the public notification period before issuing this notification.

"Because this regulation involves a military or foreign affairs function of the United States," it argued.

"This rule implements decisions of multilateral export control regimes, of which the United States is a supporting member, and the rule furthers the objectives of the strategic commitment established between the United States and India,? the notification said, while observing that delay in implementing the rule to obtain public comment would undermine the foreign policy objectives that it is intended to implement.

India so far was listed in STA-2 category along with Albania, Hong Kong, Israel, Malta, Singapore, South Africa and Taiwan.