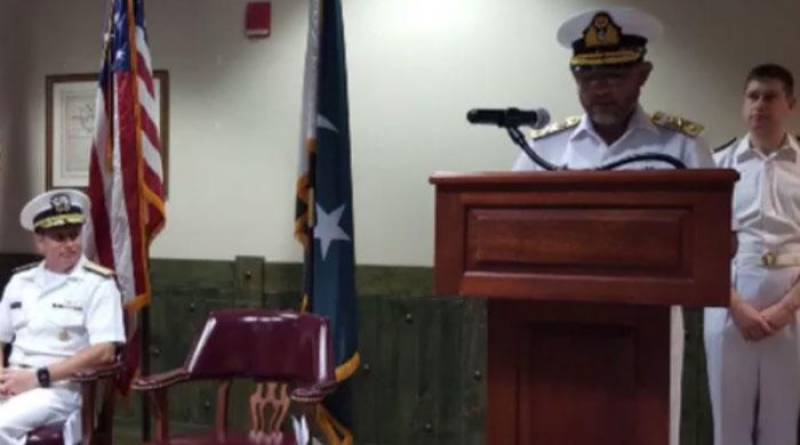 ISLAMABAD, Aug 5 (APP): Pakistan Navy (PN) has taken over the Command of Multinational Combined Task Force (CTF) 150 at a formal and impressive Change of Command ceremony held at HQ US NAVCENT, Bahrain.

It is the ninth time that PN has been entrusted with Command of CTF-150.

Senior officers from foreign Navies forming coalition were also present on the occasion.

Addressing the audience, Commodore Bilal Abdul Nasir assured that his team is fully prepared to shoulder this prestigious responsibility.

Commander CTF-150 lauded the outgoing Royal Navy team and their dedicated efforts to achieve objectives of CTF-150 during their tenure of Command and reaffirmed his resolve to continue operations with the same zeal and zest.

He highlighted that relations between Pakistan Navy and coalition Navies continue to strengthen due to PN’s focused commitment in support of collaborative maritime security to bring peace and stability to this region.

CTF-150 is one of the three Task Forces within the ambit of Combined Maritime Forces (CMF). It is a Multinational Coalition for Counter Terrorism operations at sea in support of Operation Enduring Freedom (OEF) with the mission to promote Maritime Security at sea.

Prior to present Command tenure, Pakistan Navy had the exclusive distinction of commanding CTF-150 for eight times which is a manifestation of the trust and respect enjoyed by Pakistan Navy among coalition partners.

Over the years, Pakistan Navy has not only served the maritime interests of Pakistan but has also very effectively fulfilled its international obligations.