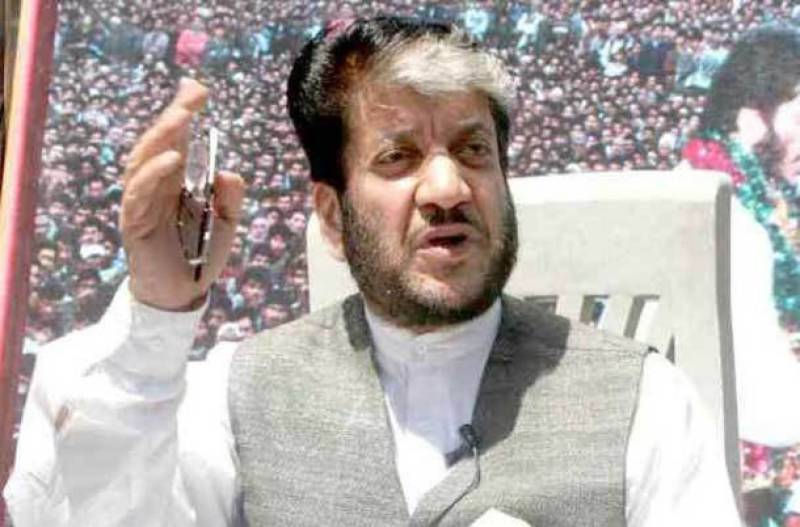 SRINAGAR: In occupied Kashmir, illegally detained Secretary General of the All Parties Hurriyet Conference, Shabbir Ahmad Shah has hailed the statement of Pakistan Prime Minister Nawaz Sharif that Kashmir is a vital and main dispute between India and Pakistan.

In a statement in Srinagar, APHC leader said Nawaz Sharif’s remarks that Kashmir is the main pillar of Pakistan’s foreign policy are the voice of the hearts of Kashmiri people.

Meanwhile, a DFP spokesperson, in a statement in Srinagar, expressing grief over the killing of two persons in Lethpora and Chattabal by Indian forces said forces are not to maintain peace in Kashmir but to play a bloodbath here.

On the other hand, Chairman of Jammu and Kashmir Peoples League, Mukhtar Ahmad Waza in a statement in Srinagar also condemned the killing of innocent youths of Lethpora Awantipora and Chatabal.

He expressed sympathy with the bereaved families and denounced the use of force and lethal weapons on peaceful protesters.

Democratic Political Movement Chairman, Muhammad Shafi Reshi while denouncing the fresh killings said that the brutalities had exposed real face of India across the globe.