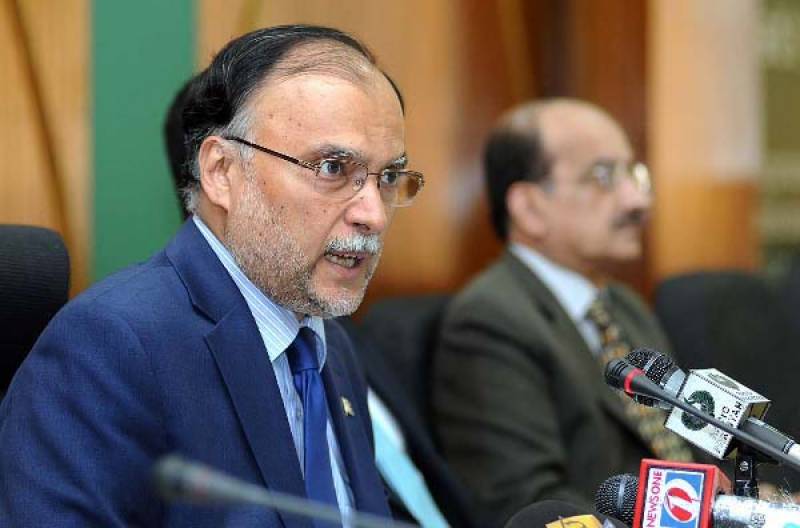 The meeting was chaired by Minister Planning, Development and Reform Prof Ahsan Iqbal, which was attended by senior officers of the provincial governments and ministries concerned.

He said that establishing university campuses or sub-campuses in every district will benefit thousands of students of the far-flung areas since it would provide them equal opportunities to higher education.

He said, 10,000 Phds will be produced in next ten years to provide Pakistan high quality human resource for next decade.

He also instructed the HEC to establish a task force on “Higher Education & Employment” to align academic programmes of universities with job market, and regulate programmes on basis of job opportunities, development priorities and research needs.

He directed HEC to develop procurement standards for ensuring quality in purchase of laboratory equipment by the universities.

The HEC proposed eight projects, which got the nod of the

CDWP. These included PhD scholarship programme under the US-Pakistan Knowledge Corridor worth Rs26.694 billion with an FEC of Rs25.90 billion, and aims at educating 10,000 PhDs in the American universities in ten years.

The second important projects is the establishment of university campuses and sub-campuses in districts, which would cost Rs4.587 billion, and was recommend to the Executive Committee of the National Economic Council (ECNEC).

Others projects included establishment of the AJK Women

For the last project, Prof Ahsan Iqbal instructed cost rationalisation without compromising the standard of education.