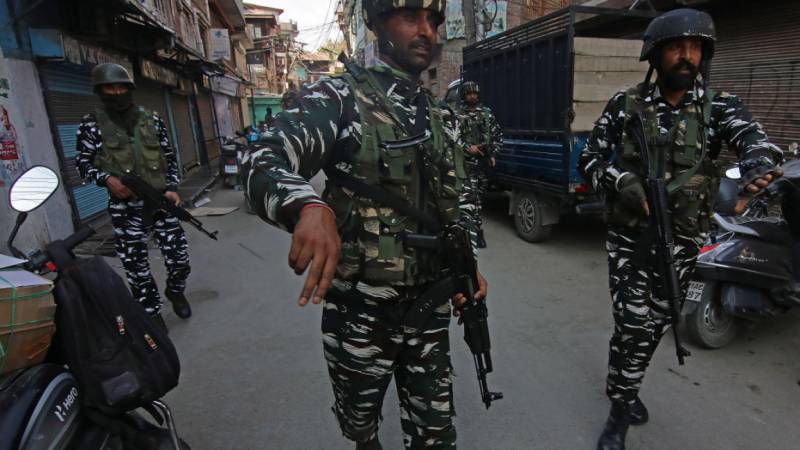 A paramilitary solider was killed and another wounded in a rebel attack in Indian-administered Kashmir's link main city, while four labourers were injured in two separate attacks elsewhere in the disputed region, police said on Monday.

Two militants on a motorbike opened fire at paramilitary soldiers patrolling in the main business center of Srinagar link on Monday, Indian link police said. The injured soldiers were taken to a hospital, where one was declared dead.

Police and soldiers cordoned off the area and launched a search for the militants.