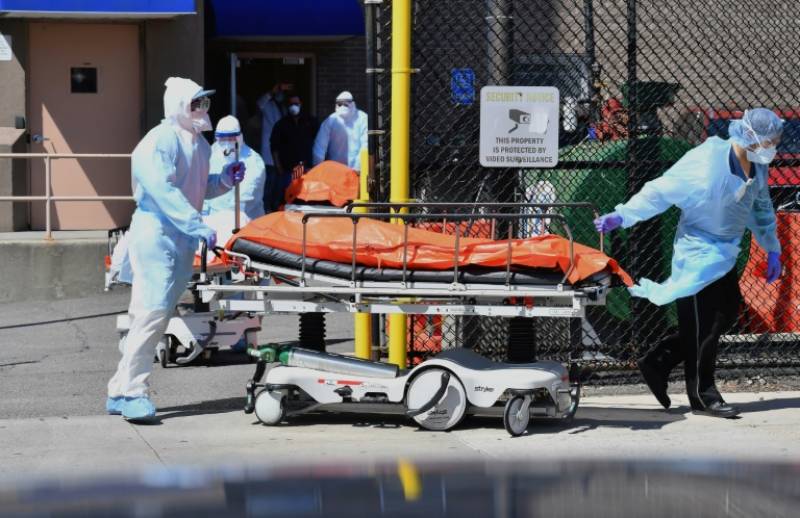 * The number of confirmed coronavirus cases around the world soared past one million on Thursday and deaths topped 50,000 as Europe reeled from the pandemic and the United States reported the highest daily death toll so far of any country.*

Despite more than half the planet imposing some form of lockdown, the virus claimed thousands more lives, with the US, Spain and Britain seeing the highest number of daily fatalities yet.

And it continued to wreak havoc on the global economy, with the US announcing a record 6.65 million workers filed for unemployment benefits last week and Spain reporting its biggest monthly increase in jobless claims ever.

COVID-19 is currently spreading the most rapidly in the United States, where there have been 243,453 infections and 5,926 deaths, according to a tally by Johns Hopkins University.

The US saw 1,169 deaths in 24 hours, the highest one-day toll recorded in any country since the global pandemic began. The grim record was previously held by Italy, where 969 people died on March 27.

The pandemic disrupted the US election calendar as the Democratic Party announced it was postponing its convention to choose a November opponent for President Donald Trump from July 13-16 to August 17.

Trump described the US unemployment figures as “terrible” but predicted rosily that “when this is over… we’re going to have boom times.”