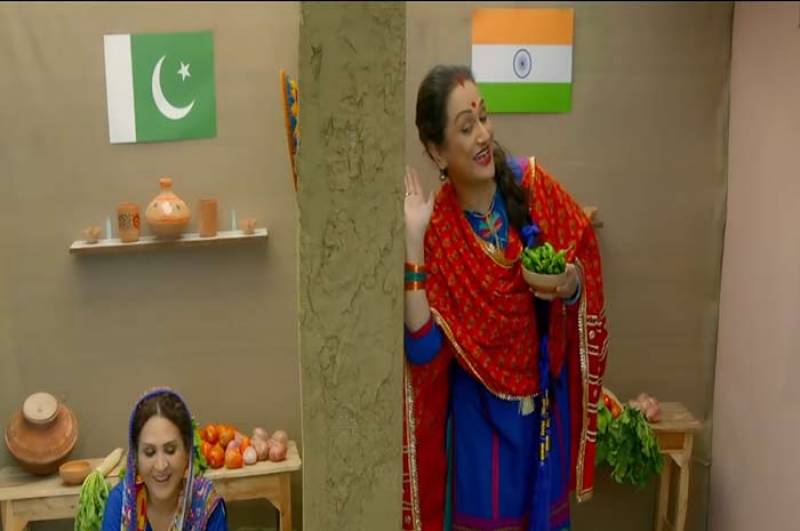 KARACHI - Veteran actress, comedian and singer Bushra Ansari has come up with a powerful peace message for leaderships of Pakistan and India along with her versatile Asma Abbas.

The video has been titled as ‘Humsaye Maa Jaye’ and gives message of peace and love between Pakistan and India.

The video features both sisters and is written by third sister Neelum Ahmad Bashir.

In the video, both sisters can be seen exchanging views in their kitchens separated by a wall.

The characters advocate against war while carving for lasting peace in the region.

Ever since tensions rose to the peak after Feb-14 Pulwama attack, resulting in deaths of 40 Indian soldiers, India’s Modi-led ruling BJP has adopted perilous approach endangering regional security and peace.

In the ensuing events, India lost two aircraft and a chopper as it tried to violate Pakistani airspace.