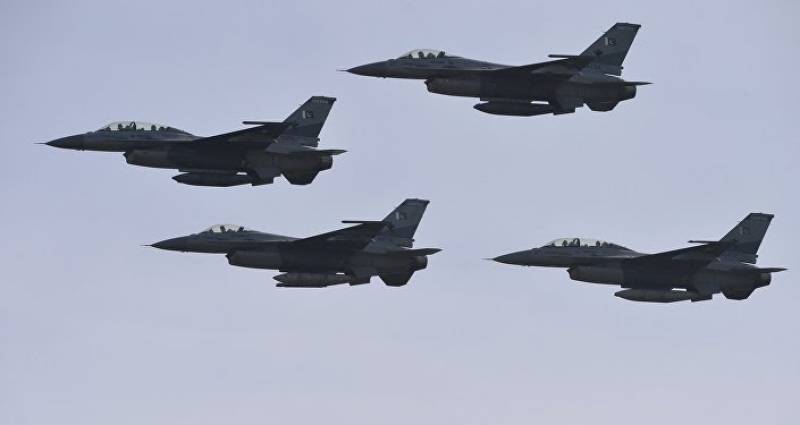 ISLAMABAD - Simhakutty Varthaman, retired Indian air marshal and father of Wing Commander Abhinandan who was briefly held in custody in Pakistan, claimed that Pakistan’s F-16 purportedly deployed in a 27 February dogfight and its AMRAAM missiles were a “real threat” to New Delhi, *The Times of India* reported.

“The Indian Air Force strike happened when the maximum targets were inside the camp. The structural damage might be limited, but the fuse of the bomb is delayed to ensure maximum casualties. Pakistan’s F-16s and AMRAAM missiles were the real threat to us. We had to first get F-16s off our back by making sure they were headed to some other direction when we were going to Balakot”.

Speaking at the Indian Institute of Technology Madras on Wednesday, he said that the laser-guided smart bombs used to attack a suspected Jaish-e Mohammad camp at Balakot could have killed 250 to 300 terrorists*.*

Varthaman then added that India had launched seven aircraft towards Bahawalpur, which he claimed was the “headquarters” of Jaish-e Mohammad.

“Pakistan thought we were on the way to attack Bahawalpur and sent F-16s to engage with our fighter aircraft. Simultaneously, we launched aircraft to attack Balakot. In a nutshell, the Pakistan Air Force was deceived completely. Pakistan was in a total state of alert, they knew an attack from India was imminent. However, they did not realise that we got into their territory”, he said.

*The Times of India* cited Varthaman as saying that the Balakot strike was the first time that IAF aircraft had crossed the Line of Control (de facto border) since the 1971 war with Pakistan.

“When fighter aircraft fly 10 km within the border, radars alert us to turn back. If a pilot goes within 8 km of the border, he faces a lot of questions and inquiry. As a nation, we decided to violate this huge thumb rule and went inside Pakistan. But, the government clearly mentioned that it was a non-military, pre-emptive strike”, he said.

Varthaman went on to say that the choice of the target had been stipulated by the desire to “avoid civilian casualties”:

“The facility was located in a thick forest on a hilltop far away from civilian presence”.