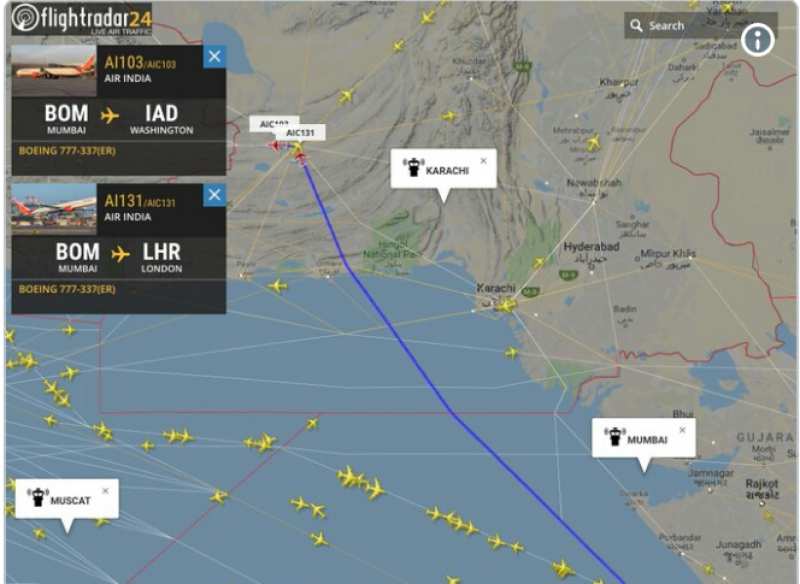 ISLAMABAD – Pakistan has opened a route for flights from India transiting through its airspace after keeping its airspace closed in the wake of tensions between two South Asian rival neighbhours.

On Thursday night, Islamabad opened up airway ‘P518’ for west-bound flights. However, not all airlines have started using the routes. Among the early users were Air India, United and Turkish which routed their flights over Pakistan, according to Indian officials. View image on Twitter link [image: View image on Twitter] link

Early on Friday morning, an Air India flight between Mumbai and Washington DC and another one from Mumbai to London were seen flying over Pakistan on flight tracking website Flightradar24.

The development comes more than a month after Pakistan shut its airspace following Balakot strike for all airlines. The closure had forced airlines to re-route the flights bound West and those from West bound East, resulting in massive losses for airlines.