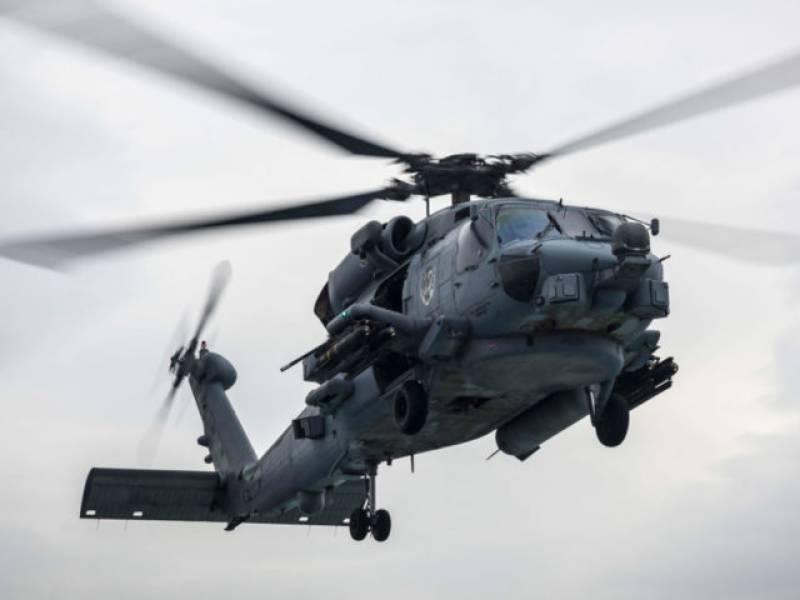 *ISLAMABAD: Pakistan on Friday expressed concerns over the US plan to provide 24 MH-60R helicopters to India, saying that the move will result in the arms race in the region.*

“The country [India] which is being provided the anti-submarines helicopters has, on February 27, 2019, resorted to aggression against Pakistan, as two of its jets violated our airspace our airspace”, Foreign Office spokesperson Dr Mohammad Faisal said while responding to a query during his weekly media briefing.

He said that the US administration’s decision to provide the helicopters to India will add to the arms race in the region.

The Stated Department on Tuesday announced that the US has approved the sale of 24 multi-role MH-60R Seahawk maritime helicopters to India at an estimated cost of $2.6 billion.

As a goodwill gesture from Pakistan’s side, the spokesperson announced that the government has decided to release 360 Indian prisoners in four phases to be completed during this month and also urged reciprocity from the Indian side.

All the 360 Indian prisoners – 355 fishermen and 5 civilians – currently in various jails of Pakistan have completed their terms and the first batch of 100 prisoners will be freed on April 8 (Monday), followed by another 100 to be released on April 15, Dr Faisal said.

“We hope that India will reciprocate Pakistan’s goodwill gesture”, he hoped, adding that there are a total of 347 Pakistani prisoners currently languishing in different India jails, of which 249 are civilians and 98 are fishermen.