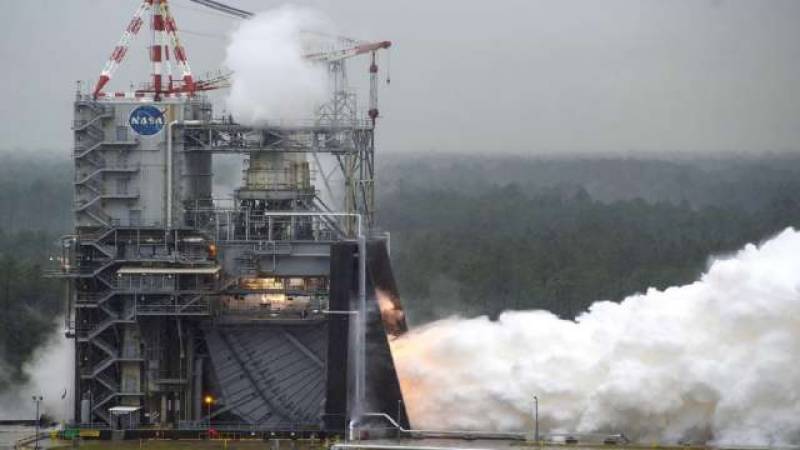 WASHINGTON - NASA has successfully tested a rocket engine needed for future Moon missions, marking a major milestone in its aim to return astronauts to the lunar surface in the next five years, the US space agency said Friday.

The latest test was conducted on Thursday at NASA's Stennis Space Center near Bay St Louis, Mississippi, US, NASA said in a statement. The "hot fire" test marks the culmination of over four years of testing for the RS-25 engines that will send the first four Space Launch System (SLS) rockets into space, it said. link

Very excited to see one of the last @NASA_SLS link RS-25 single engine tests from @NASAStennis link before these engines will be powering @ NASA_Orion link to the Moon!

"Engines are now a 'go' for missions to send astronauts forward to the Moon to learn and prepare for missions to Mars," said Johnny Heflin from NASA's Marshall Space Flight Center in Alabama, US. "We are ready to provide the power to explore the Moon and beyond," Heflin said.

The RS-25 rocket engine test era began January 9, 2015, with a 500-second — more than eight minutes — hot fire of RS-25 developmental engine No 0525 on the A-1 Test Stand at Stennis. NASA tested the first SLS flight engine on March 10, 2016. Altogether, the agency has conducted 32 developmental and flight engine tests for a total of 14,754 seconds -- more than four hours of cumulative hot fire - all on the A-1 stand at Stennis.