Indian spiritual guru gets a snub from LSE for calling Pakistani student a 'Taliban'
5 Apr, 2019 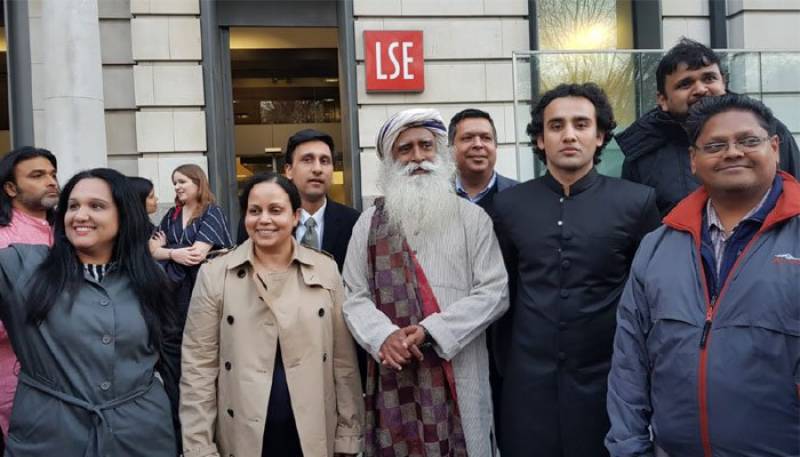 LONDON: Indian spiritual guru gets a snub from London School of Economics administration for calling Pakistani student a 'Taliban'.

The London School of Economics (LSE) has condemned Indian spiritual leader Jaggi Vasudev's comments calling a Pakistani student “Taliban” during an interaction at the LSE’s premises.

Bilal Bin Saqib, who is from Lahore, was the host of the event at the LSE where Vasudev delivered a lecture at the university called “Youth and Truth: Unplug with Sadhguru”. Vasudev had visited the LSE as part of his Youth and Truth series wherein he has been invited to institutes across the world to engage with students.

In a conversation recorded between the two off-the-stage, Bilal tells Vasudev about how he views life and stress. He says: "The night you are meant to spend in the grave, you won't be spending it outside anyways."

To this Vasudev jokingly responded: “This guy is a proper Talibaniya here.”

A shocked Bilal then told Vasudev that his name was Bilal Bin Saqib.

The students' union (LSESU), in a statement, said that it was "deeply disappointed" by Vasudev's comments and viewed them as “Islamophobic".