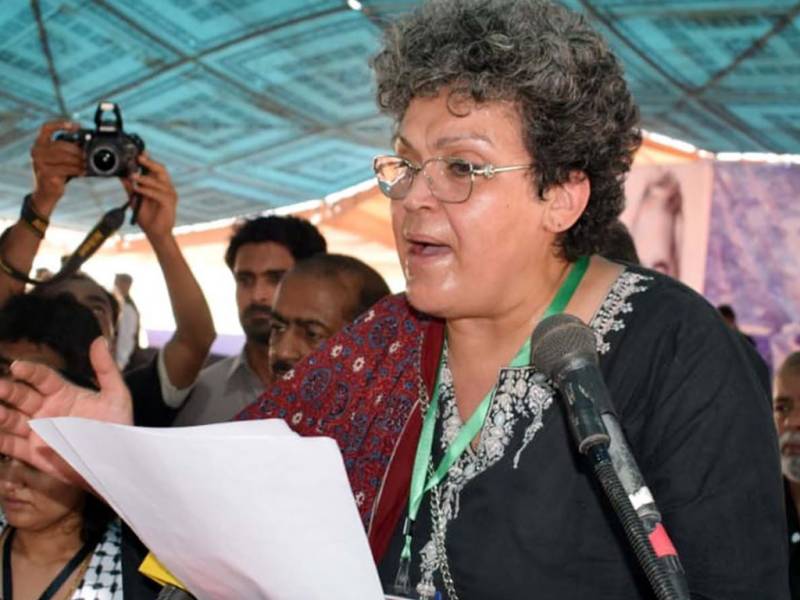 GARHI KHUDA BUX: PPP-SB Chairperson Ghinwa Bhutto said Thursday that the people, who participated in Bhutto’s 40th death anniversary in large number, reached here without giving any money for which she salute them.

She was addressing PPP-SB’s separate gathering here today on the eve of 40th death anniversary of PPP founder Zulfiqar Ali Bhutto. People have suffered the most after the martyrdom of Shaheed Bhutto since last 40 years, she said.

Ghinwa  said in last 40 years, four Bhuttos had been martyred, adding they all were assassinated by those whom they trusted the most which was a tragedy, she added.

“We learnt from Shaheed Bhutto to love poor, she said. Bhutto made the people economically stable through agricultural reforms, he nationalized institutions so that wealth could come in the hands of labourers instead of capitalists, he made the country respectful in the world through his foreign policy and Pakistan was converted into a progressive country, she said.

Shaheed Bhutto was science of politics, she remarked, adding he was a scientific politician and peoples’ artist. She said we wanted Pakistan of Shaheed Bhutto. She said Ayoob Khan sold our water to India which proved that dictators destroyed the country. She said Yahya Khan divided the country into two parts.

She said the crime committed by Gen Zia cannot be forgiven and what Musharraf did was also penitence. She said corrupt rulers were the shadows of dictators.

As many as 13 resolutions were passed which include exposing all those hidden hands involved what was called in the murder of Shaheed Zulfiqar Ali Bhutto, Murtaza Bhutto and other heroes.