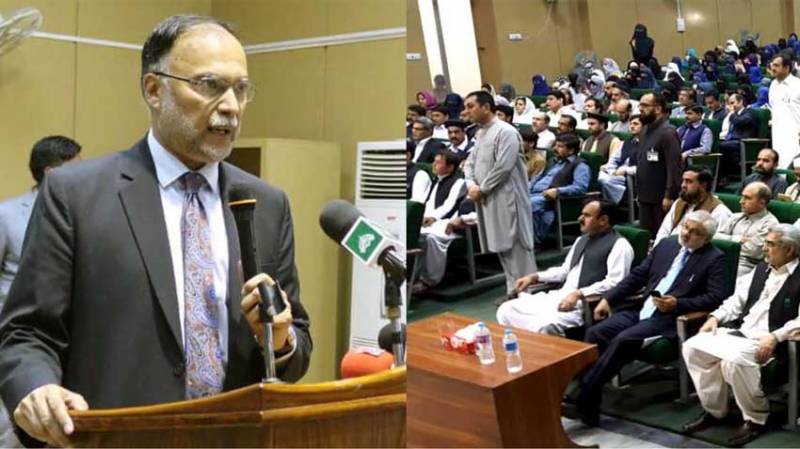 ISLAMABAD:Interior Minister Ahsan Iqbal has stressed the need for political stability to ensure rapid development of the country.

Addressing a function in Malakand University, Chakdara on Wednesday, he said the sit-ins and protests damaged the national economy.

Ahsan Iqbal said the present government has controlled the problem of terrorism and energy crisis.

He said the federal government has launched a programme to establish a university in each district of the country.

The Interior Minister said China-Pakistan Economic Corridor (CPEC) is a game changer and it will generate maximum job opportunities.

He urged the students to concentrate on modern education and research. APP/AFP