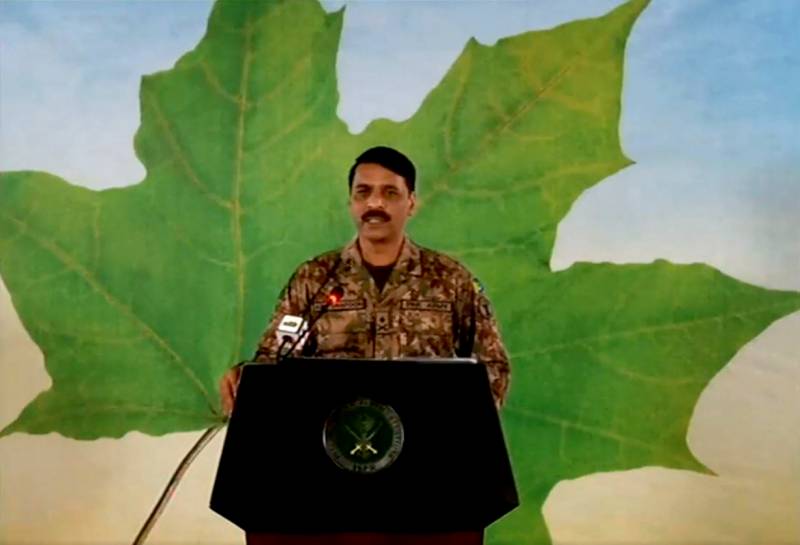 Director General Inter Services Public Relations Major General Asif Ghafoor has emphatically stated that Pakistan will go to any extent in support of the Kashmiri brethren in their struggle for right to self-determination.

Addressing a news conference in Rawalpindi on Wednesday, he said we will continue standing by the people of occupied Kashmir till the last bullet, last solider and last breath.

The DG ISPR said Kashmir is the jugular vein of Pakistan as declared by the Quaid-e-Azam, and there will be no compromise on the Kashmir cause.

He expressed the confidence that the people of Kashmir will sooner than later achieve the goal of independence.

He said resolution of Kashmir issue is Pakistan's national interest and it will never accept any solution which does not guarantee Kashmiris' right to self-determination.

Major General Asif Ghafoor said Pakistan will respond with full force if India carries out any false flag operation or any misadventure along the Line of Control.

He said the situation prevailing in occupied Kashmir has become a threat to peace and stability in the region.

He said Kashmir has become the biggest issue of human rights violations, and the world powers have a role to play to resolve the dispute under the UN resolutions.

He said the held territory has been under curfew for a month and there is total blackout in the valley with no communication facilities.

He said India attempted to change demography of occupied Kashmir through an unconstitutional step on the fifth of the last month.

Explaining geo-strategic milieu, the DG ISPR said the world powers have economic interests in the region and Pakistan is very much relevant in this global power contestation.

He said Modi regime has turned the face of secular India into a fascist, intolerant and extremist country through the acts of barbarianism in occupied Kashmir.

To a question, the DG ISPR said that it cannot even be imagined that a deal could be made on Kashmir.

Answering another question, Major General Asif Ghafoor said we believe in diplomacy to avoid military conflict, but war becomes a compulsion if all other options fail. He said India is a perpetual threat for Pakistan and all our preparedness is focused on New Delhi's negative tactics.

Responding to a question, he said Army Chief General Qamar Javed Bajwa did not want extension in his service, but we convinced him to accept the Prime Minister's decision because he has personal rapport with world powers including China.

He said General Bajwa accepted the decision in view of regional and security situation.

Speaking about Defence and Martyrs Day to be observed on Friday, the Director General urged people to reach out to the families of the martyrs to pay homage and honor the great sacrifices they rendered for the defence of the motherland.

Regarding anti-polio campaign, Major General Asif Ghafoor said elimination of polio disease is vital for the future of our children, and everyone should support this campaign.