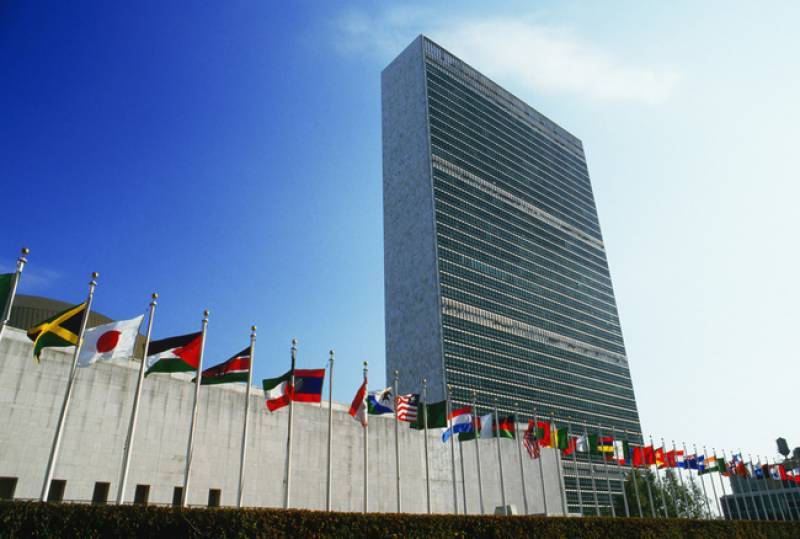 ISLAMABAD: (APP) A protest demonstration was held against Indian atrocities in Occupied Kashmir and in support of Kashmiri people in front of UN headquarters in New York.

Addressing the gathering, the Minister said pellet guns are not just injuring the Kashmiri people but humans across the globe.

He demanded that the international human rights commission be allowed to monitor the situation in Occupied Kashmir.