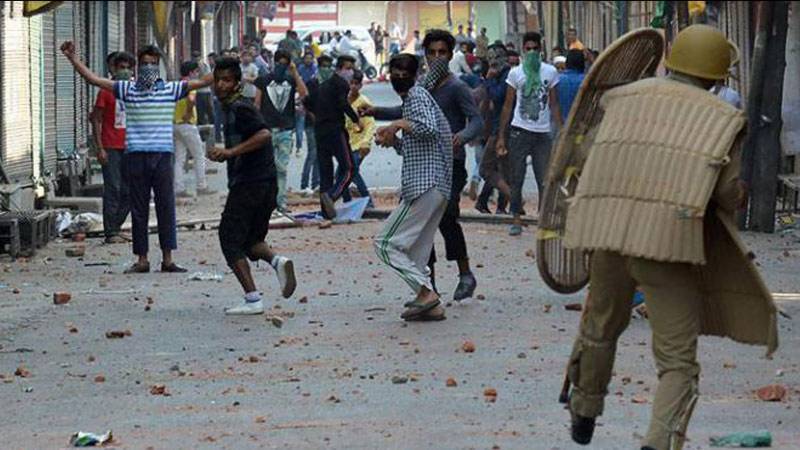 In Occupied Kashmir, over one hundred and fifty people were injured in firing of pellets and bullets by Indian troops on protesters in Shopian on Sunday.

Indian police and paramilitary forces used brute force on participants of a pro-freedom rally in Penjoora area of Shopian.

In Pulwama district, fifteen people were injured and many arrested as government forces tried to foil a freedom rally.

In Kupwara also, thousands of people attended a pro-freedom rally and reports of clashes have been received from Badgam district as well.