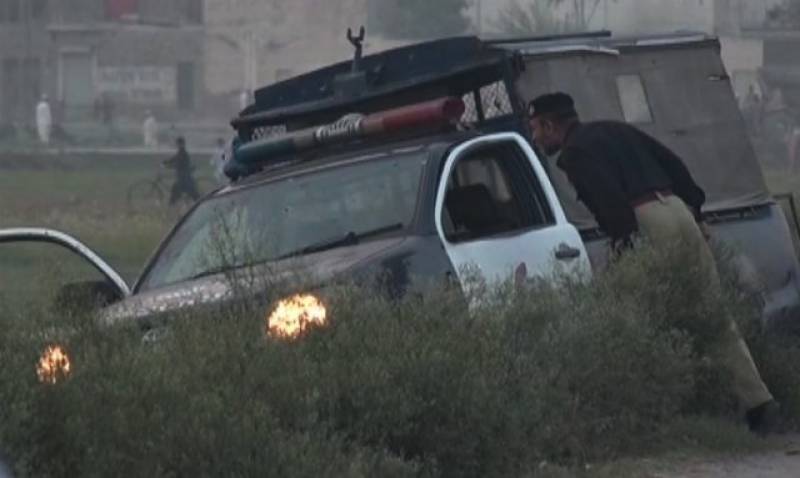 PESHAWAR: Peshawar witnessed yet another act of terrorism on Sunday as a remote controlled bomb blasted in the city.

A police official was martyred as the result of a blast near a police mobile in Peshawar’s Aslam Dhehri area on Sunday.

Senior Superintendent Police (SSP) Operations Abbas Majeed stated that the police mobile was patrolling as usual until it came in the path of an explosive device planted in the Aslam Dhehri area.

He added that a police official named Naveed was martyred as a result of the blast whereas the mobile was damaged.