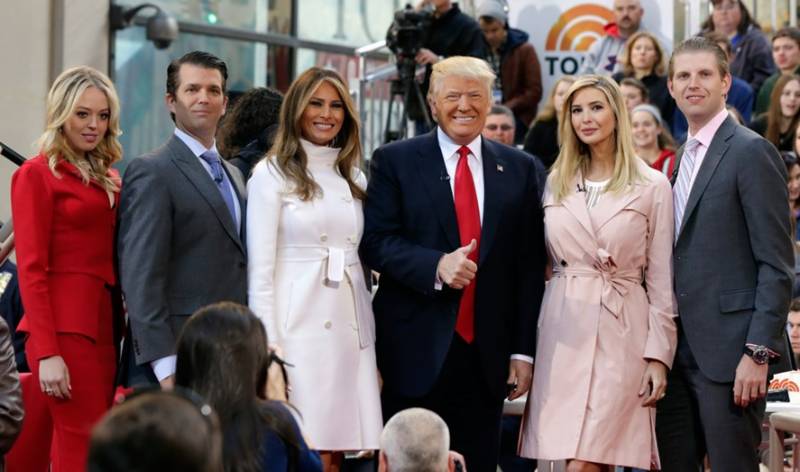 NEW YORK - US President Donald Trump participated in “dubious” tax strategies in the 1990s that allowed him to accrue millions of dollars in additional wealth from his father’s real estate empire, according to a New York Times investigation report, which drew a sharp denial from the White House hours later.

The newspaper reported that Trump and his siblings set up a “sham” corporation to help disguise otherwise taxable income that came from gifts from their parents. Trump’s parents left more than $1 billion to their children, which would have resulted in a roughly $550 million tax bill at the time, the Times reported. However, the Trumps paid a total of $52.2 million on that source of income.

The newspaper cited records that showed Trump helped undervalue his father’s real estate holdings, which led to a lower tax bill when he and his siblings inherited the properties. The Internal Revenue Service (IRS) reportedly provided little pushback against the Trumps’ tactics.

In total, The New York Times found that Trump received the equivalent of at least $413 million from his father’s real estate empire. The newspaper wrote that Trump’s behaviour amounted to fraud in some cases. President Trump declined to comment on the story. The White House later issued a statement slamming The New York Times and calling for an apology, without refuting the details in the story.

“Many decades ago the IRS reviewed and signed off on these transactions,” Sanders said. “The New York Times – and other media outlets – credibility with the American people is at an all time low because they are consumed with attacking the president and his family 24/7 instead of reporting the news.”

The president’s spokeswoman went on highlight various economic accomplishments that she said Trump had realized in his administration, remarking that the Times “can rarely find anything positive about the president and his tremendous record of success to report.”

Sanders added: “Perhaps another apology from the New York Times, like the one they had to issue after they got the 2016 election so embarrassingly wrong, is in order.” In total, The New York Times investigation found that Trump received the equivalent of at least $413 million from his father’s real estate empire. The newspaper wrote that Trump’s behavior amounted to fraud in some cases.

Charles Harder, an attorney for the president, said in a statement to The New York Times that allegations of tax evasion are “100 percent false,” adding that Trump “had virtually no involvement” with the tax strategies used by his family, and instead delegated those tasks to others. Harder went on to imply that the newspaper would face a defamation lawsuit if it suggested Trump participated in a fraudulent tax scheme.

The president’s brother, Robert, issued a statement to The New York Times on behalf of the family that did not directly comment on reports of questionable tax practices. Robert Trump said his father’s estate was closed in 2001 by the IRS, and that his mother’s account was closed in 2004. “All appropriate gift and estate tax returns were filed, and the required taxes were paid,” he said.

Trump drew criticism during the 2016 presidential campaign for his refusal to release his tax returns. The decision marked a break with tradition from presidential candidates dating back decades.

The New York Times’s story prompted Democrats to renew their calls for Trump to release his returns, or, if he doesn’t, for Congress to request them. Under federal tax law, the chairmen of Congress’s tax committees can request tax returns from the Treasury Department, which can then be reviewed in a closed session.

“Only last month, Republicans rejected for 7th time my motions to obtain the returns,” Democratic Congressman Lloyd Doggett, a senior member of the House Ways and Means Committee, tweeted. “But with a new Congress, we will hold Trump to [the] Nixon standard: Even Nixon invited Congress to review his returns, explaining, ‘people have got to know whether or not their President is a crook.’ ”

The president’s broader financial dealings have come under scrutiny as part of special counsel Robert Mueller’s investigation into Russian interference in the 2016 election, and as his former attorney, Michael Cohen, faces legal woes.

The special counsel’s office has reportedly asked about Trump’s past financial dealings in Russia, while prosecutors have said Cohen falsified invoice statements while working for the Trump Organization. When The New York Times story appeared on Tuesday, Trump was speaking at the annual National Electrical Contractors Association convention in Philadelphia.

“America will always be a nation of great builders, because in America we honor work. We honour grit. We honour craftsmanship,” Trump said. “We honor the men and women who turn dreams into reality with their own two beautiful hands.” - APP