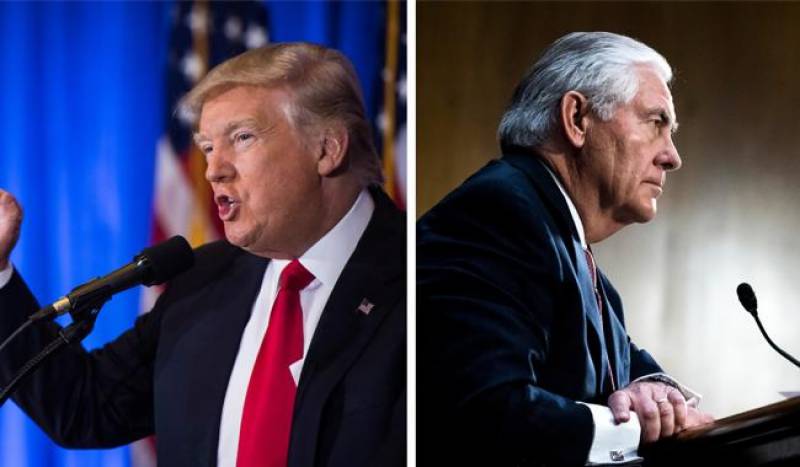 WASHINGTON: Washington´s top diplomat Secretary of State Rex Tillerson came under new pressure Wednesday after a report claimed he had branded President Donald Trump a "moron" during a Pentagon meeting.

It is not clear whether Trump was aware of the language Tillerson had used, but Pence and other senior officials reportedly urged the former oilman not to resign.

The report, which includes a formal denial of the reported outburst from a senior Tillerson aide, came just days after Trump upbraided Tillerson for "wasting his time" trying to negotiate with North Korea.

State Department and White House staff did not immediately respond to AFP requests for comment on the report, but Trump himself sent a new Tweet which may have been provoked by the report.

"Wow, so many Fake News stories today. No matter what I do or say, they will not write or speak truth. The Fake News Media is out of control!" he wrote, without elaborating.

Tillerson appeared at the State Department on Wednesday for a photo opportunity with Pakistani Foreign Khawaja Muhammad Asif but refused to respond to reporters´ questions.