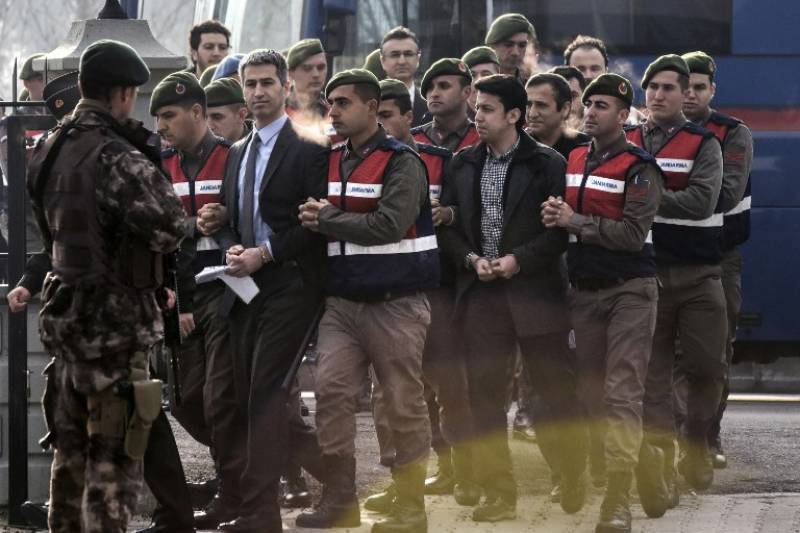 The 34 were given four life sentences each at the trial in the southwestern city of Mugla, state-run TRT Haber television said.

The group includes former brigadier general Gokhan Sahin Sonmezates who was accused of directing the plot.

The trial began on February 20 and is one of many such processes taking place across Turkey to try those who allegedly plotted the failed bid to oust Erdogan on July 15, 2016.

Some verdicts have already been handed out in lower-profile cases but it is the first ruling involving top plotters.

The failed coup left 249 people dead, not including the putschists, and the authorities have vowed no compromise in bringing those involved to justice.

Erdogan has said the assassination plot left him minutes from death after he fled the resort in Marmaris, where he had been holidaying with his family, and went back to Istanbul by plane.

Some Erdogan supporters had called for the plotters to face the death penalty, which Turkey abolished in 2004 as part of its bid to join the European Union. – AFP