POL discovers one of the largest oil and gas reserve in Pakistan
4 Oct, 2017 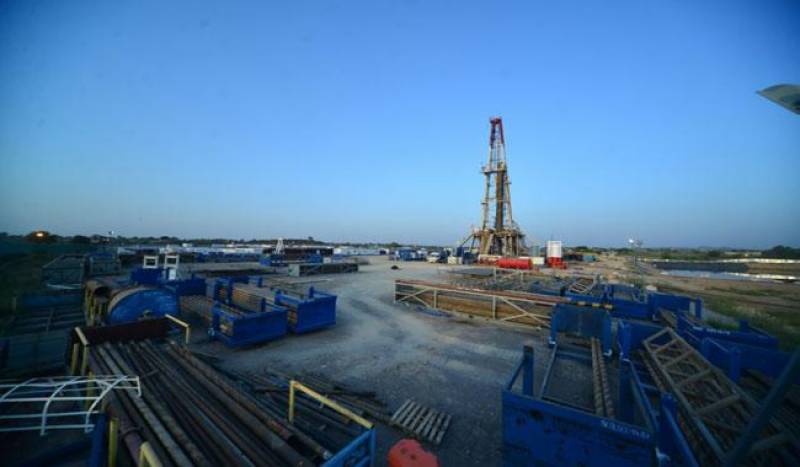 ISLAMABAD: Pakistan Oil fields Limited (POL) had discovered one of the largest oil and gas reserves from its Jhandial well (Punjab) in the last five years.

Jhandial well is located in Ikhlas Block in Northern Potwar, about 83 kilometers Southwest of Islamabad in District Attock, said an official.

The block is located in a prospective but geologically complex area surrounded by a number of significant oil discoveries.

The drilling of the deep exploratory well Jhandial-1 was proposed after acquisition and interpretation of recently acquired 3D seismic data.

The well was drilled to a total depth of 18,497 feet to test the Eocene and Paleocene carbonate reservoirs.

The American Petroleum Institute (API) gravity of the oil is around 40o and the gas has a rich calorific value of 1,161 British Thermal Units per standard cubic feet of gas.

The gas composition analysis indicates that it contains about 86% methane, 7.2% ethane and 2.9% propane. The LPG content of the gas is about 2.5 metric tons per million cubic feet of gas.

The well will be connected to the production line within two weeks and will gradually attain full potential.

Structurally, Jhandial is a thrusted anticline just north of the Dhurnal Oil field. It has a closed area of about 15 square kilometers in the most likely case, with a thick net reservoir column from top of the Chorgali Formation (Eocene) to the base of the Paleocene Formation.

Preliminary initial estimated recoverable reserves of the field are in the range of at least 292 billion standard cubic feet of gas and 23 million barrels of oil.

The Jhandial discovery is expected to contribute to the country's energy sustainability while also having a positive impact on the future of exploratory efforts in the block and surrounding areas.