PARLIAMENT HAS DONE AWAY WITH DICTATORIAL CLAUSES TO STRENGTHEN DEMOCRACY IN COUNTRY: INTERIOR MINISTER
4 Oct, 2017 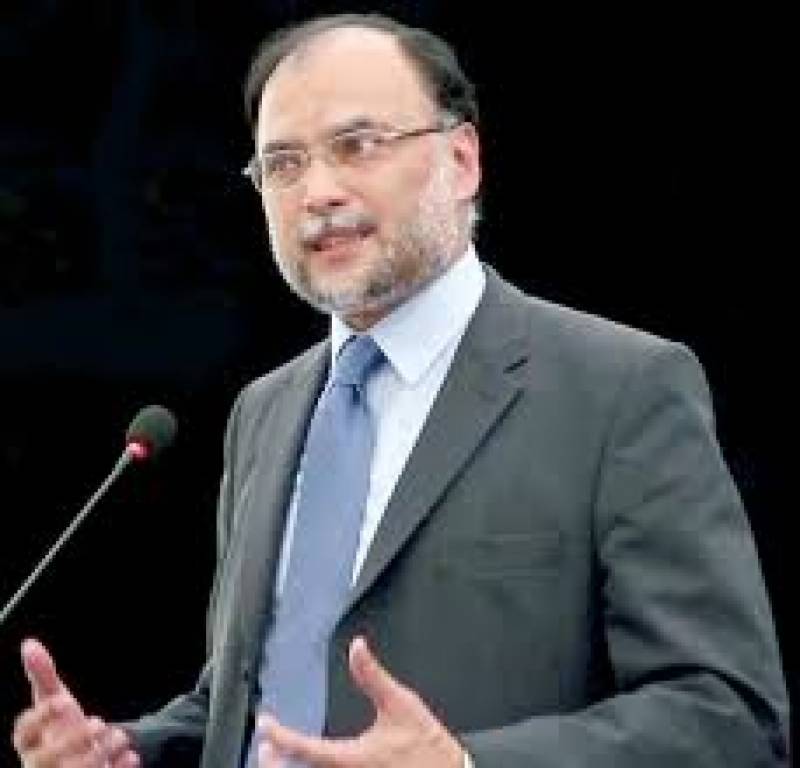 Interior Minister Ahsan Iqbal says the parliament has done away with the dictatorial clauses in the political parties laws to strengthen democracy in the country.

Talking to a news channel he said strong democracy is imperative for strong defense.

Ahsan Iqbal said the government cannot make any amendment in the constitution without the consensus of political parties.

He alleged that PTI and Sheikh Rashid are running a campaign on social media to create mistrust among national institutions.

The Interior Minister said the PTI has failed to face the PML-N   on the political front and is now trying to come into power through back door.