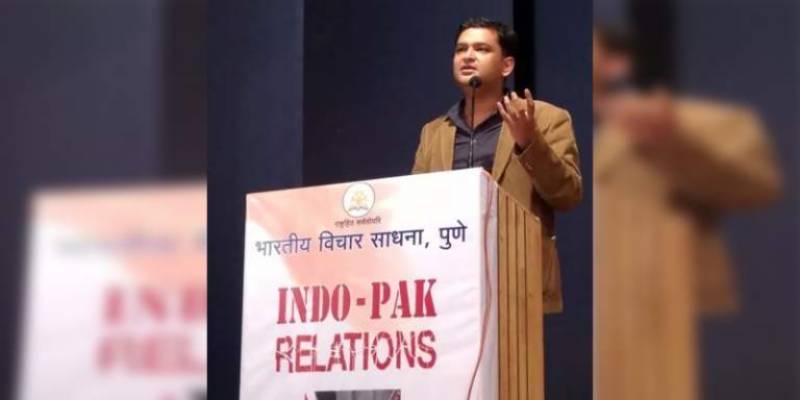 NEW DELHI – A retired Indian Major expressed on Tuesday that the Foreign Minister of Pakistan Khawaja Asif insults his own country.

During a discussion regarding the attack on Indian base in Indian-Occupied Kashmir, Arya went a mile more and alleged that Khawaja Asif was an embarrassment for Pakistan as well.

He also quoted former President Pervez Musharraf and said that Jaish-e-Mohammed (JeM) and Lashkar-e-Taiba (LeT) were termed heroes in his stint and compared that the incumbent Foreign Minister Khawaja Asif branded the groups as a liability.

The panellist also insinuated that Pakistan could keep on sending the vermin across the border which they have been doing while referring to the recent incident in Srinagar.

It bears mentioning that the statement made by Asif during the Asia Society talk last week caused uproar in Pakistan as the legislator termed the groups a liability admitting that Pakistan needed to do more in this regard.

PTI also vowed to move an adjournment motion in the National Assembly aimed at seeking an explanation from Khawaja Muhammad Asif for making “extremely controversial remarks” during his US tour.