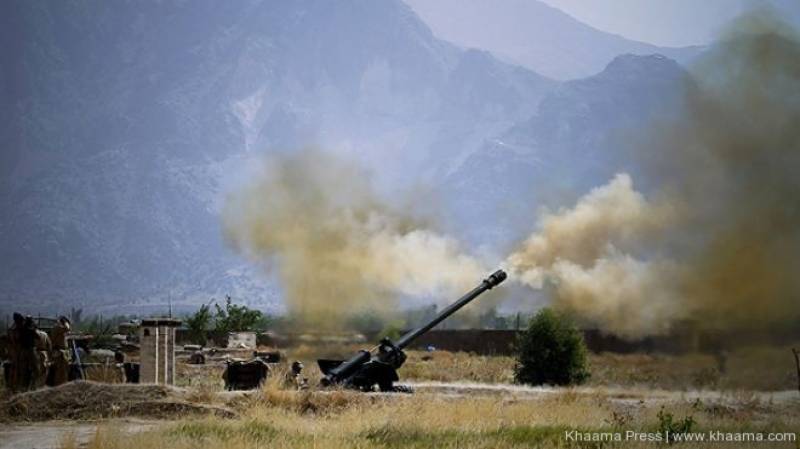 KABUL - The Pakistani officials are saying that an army soldier was killed while another one has sustained injuries in the fresh wave of violence along the Durnad Line, Khaama has reported.

The officials in Khyber Pakhtunkhwa province of Pakistan are saying that two soldiers were wounded after they came under fire from the other side of the line from Afghanistan.

The officials further added that the soldiers were based in a check post in Tirah valley when they were attacked and one of the wounded soldiers succumbed to his injuries after he was taken to hospital for the treatment.

The local officials are claiming that the soldiers were attacked from Nazian district of eastern Nangarhar province of Afghanistan.

In the meantime, the local officials in Nangarhar province of Afghanistan are saying that more than eighty rockets landed from the other side of the line since Tuesday.

The officials said at least forty rockets landed in Achin district while forty four others hit the areas in Nazian district.

The shelling apparently took place in response to the violence close to Khyber Agency.