PAF to hold first ever International exercise of 19 Air Forces of the World in Pakistan
4 Oct, 2017 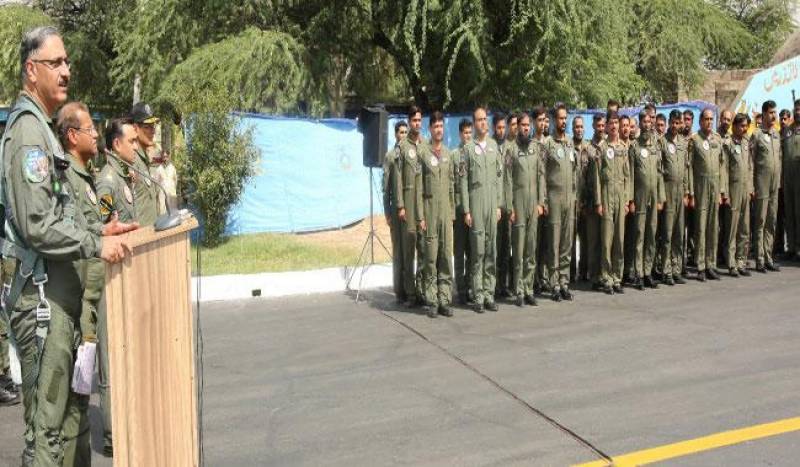 ISLAMABAD: General Zubair Mahmood Hayat, Chairman Joint Chiefs of Staff Committee visited an Operational Air Base of Pakistan Air Force, today. On his arrival at the Base, he was received by Air Chief Marshal Sohail Aman, Chief of the Air Staff, Pakistan Air Force.

The CJCSC visited newly established Airpower Center of Excellence and attended a briefing on the ongoing operational exercise.

Equipped with state of the art facilities and infrastructure, ACE is a premier institution, which would train the combat crew of PAF as well as personnel of friendly air forces by conducting multinational training exercises. The CJCSC was also informed that the first ever multinational exercise is going to be held in current month with participants from 19 air forces.

After flying the mission, the CJCSC interacted with the combat Air and Ground crew of the squadron and said that PAF has led from the front in Zarb-e-Azb and together with the sister services has turned the tide.

PAF’s cutting edge aside, what makes it second to none is the high morale and thorough professionalism of its personnel.