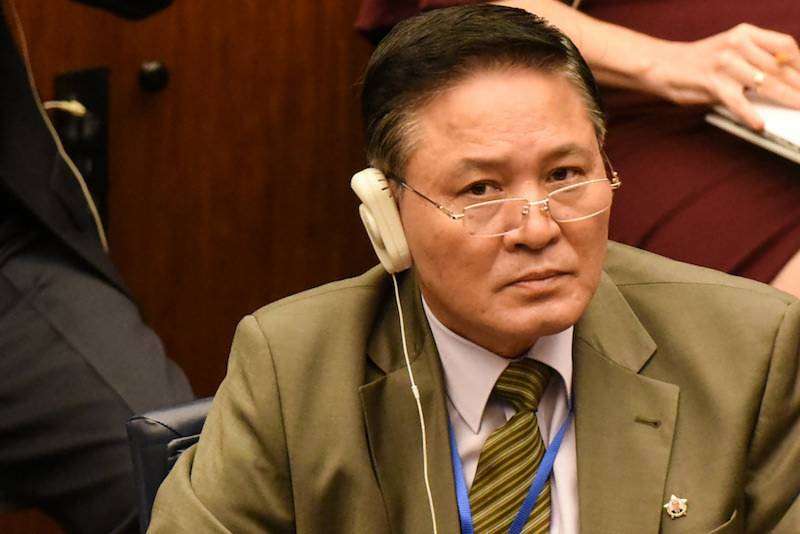 Ambassador Ja Song Nam said North Korea will withstand the blow of sanctions and continue "along the road of building the socialist power by dint of the spirit of self-reliance and self-development."

Ja spoke at a debate at the General Assembly that focused on the UN's global development goals that aim to eradicate extreme poverty by 2050, advance health and promote education.

"The US is clinging to unprecedented nuclear threats and blackmail, economic sanctions and blockade to deny our rights to existence and development but they only result in our sharper vigilance and greater courage," said Ja.

The United States led the drive at the Security Council to impose two recent sets of sanctions on North Korea to punish Pyongyang over its nuclear and missile tests.

In August, the council cut off North Korea's exports of coal and other minerals and last month expanded the export ban to textile, North Korean guest workers and also capped oil exports.

Washington has also slapped unilateral sanctions on firms that do business with North Korea.

To achieve the UN's development goals, "we should immediately obliterate the high-handed measures of the US including the sanctions imposed on the developing countries," Ja said.

The US measures "are trying to destroy modern civilization and to plunge this world into the medieval darkness," he said.

According to UN figures, about 70 percent of North Korea's population lack basic services and are suffering from food shortages, partly caused by droughts, floods and landslides that have devastated agriculture.