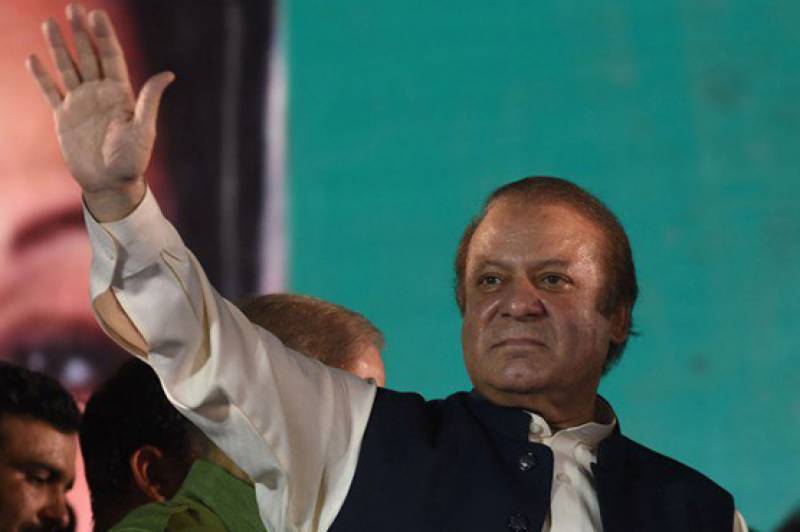 In his address, Nawaz Sharif said that nefarious designs would not keep Pakistan from progressing. He said that he wishes to shower flowers on every single voter of NA-120 constituency for supporting Maryam Nawaz whilst he was getting his wife Kulsoom Nawaz getting treated for her lymph nodes cancer.

Nawaz Sharif assured the charged workers that sanctity of their votes would be restored.

He acknowledged the slogan which loosely translates into  black blazers (lawyers) are voters of Pakistan Muslim League-Nawaz .

The three-time elected premier said that the the leaders of Pakistan Muslim League-Nawaz had promised the masses that power outages would be curbed in their tenure and their efforts stand vindicated.