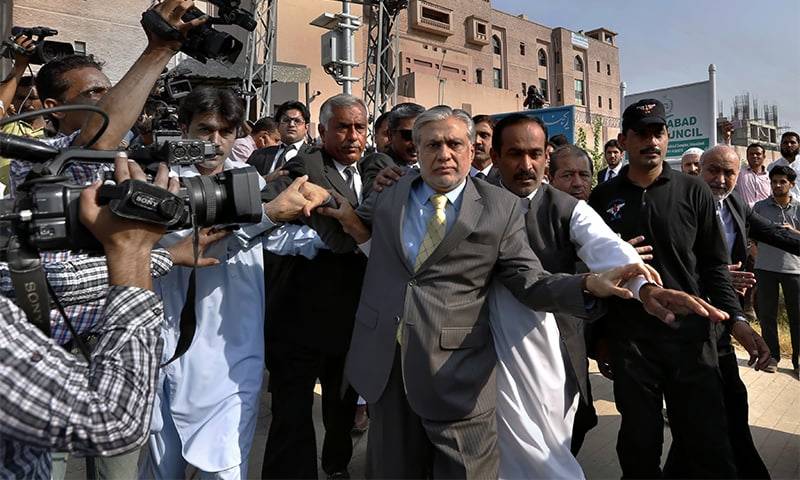 ISLAMABAD: Accountability Court Wednesday resumed hearing of case against Finance Minister Ishaq Dar pertaining to possession of assets beyond his sources of income.

Anti-corruption watchdog National Accountability Bureau on September 8 filed a case against Dar for possessing assets beyond known sources of income following the July 28 verdict of the Supreme Court.

Dar was indicted on September 27 and the Accountability Court announced that it will start his trial on October 4.

As the hearing begun, Ishaq Dar appeared in the court where NAB produced two witnesses against him.

The witnesses Ishtiaq Ahmed – who is an official of Inland Revenue department – and Tariq Javed – who is a private bank employee – recorded their statements against Ishaq Dar in the case of alleged corruption.

Yesterday, Islamabad High Court (IHC) rejected Dar’s petition against his indictment by the accountability court in the Panama Papers scandal.

The two-judge bench of the court rejected the petition, observing that the Accountability Court is an independent forum and indictment could not be challenged.