India's only nuclear submarine damaged in a collision
4 Oct, 2017 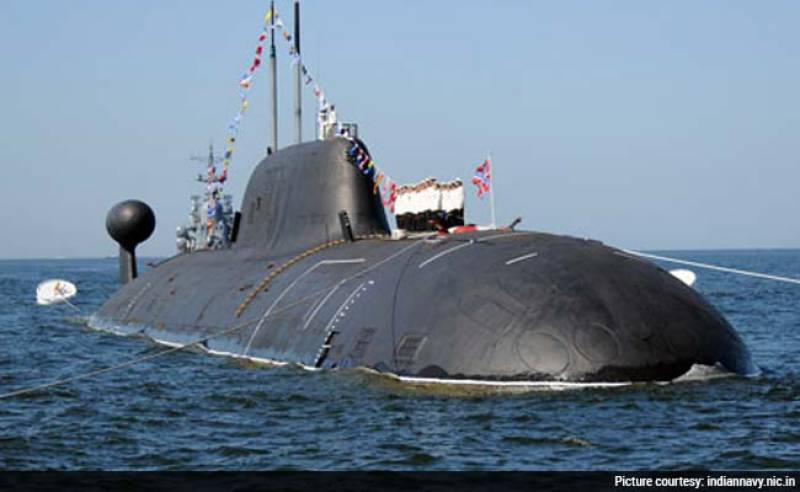 NEW DELHI – India’s only operational nuclear-powered submarine, INS Chakra, has reportedly suffered some damage in an accident and could require substantial repair work to get it back in shape, according to Indian media.

It is not known whether it happened while sailing off the coast of Visakhapatnam or while negotiating the narrow channel while entering the harbour. The Hindu reported that the sonar dome, which is located in the bow of the submarine beneath the torpedo tubes, was damaged.

INS Chakra is based at INS Virbahu, the submarine base in Visakhapatnam, and will be ready to sail after repair work which is likely to be complicated given that the sonar dome is made of titanium, a difficult metal that requires both specialised machinery and manpower to work on.Reports in the media suggest that the damage could be the result of either a collision at sea or accidental scraping while entering the harbour. The Indian Navy refused to comment on the incident.

The Akula-class attack submarine (SSN) is on a 10-year lease period from Russia and is the second nuclear sub after the indigenously built INS Arihant. Though INS Chakra is a nuclear submarine it does not carry any nuclear-tipped missile.

Taken on lease in 2012, the vessel has a displacement of 12,000 tonnes. It is powered by a 190 MW reactor and can reach speeds of over 30 knots. It is manned by 80 crew members and is equipped with tactical missiles, a new fire control systems, sonars and contemporary optronic periscopes and surveillance systems.

Originally named as K-152 Nerpa, the sub was handed over to the Indian Navy in 2011 and was commissioned as INS Chakra.

It was basically inducted to serve as a training ground for officers and crew who would later handle India’s indigenously built SSBN INS Arihant class of nuclear submarines.