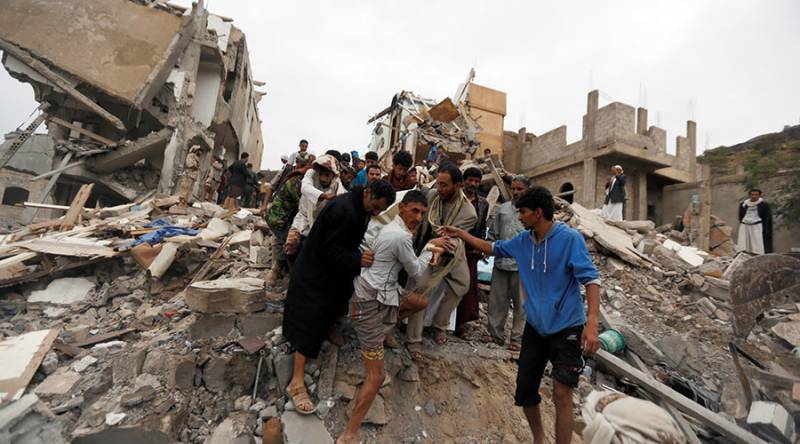 LONDON - Britain is “exporting fear” to children trapped in Yemen’s civil war as it continues to supply billions of pounds worth of arms to Saudi Arabia, Save the Children has warned.
British arms are believed to have been used in bombing schools and vital infrastructure, impeding aid access and fomenting a cholera epidemic. Some 10,000 people have died and 40,000 have been wounded during the conflict, according to UN figures.

The UK has earned at least £3.2 billion (US$4.24 billion) from selling missiles and equipment to the Saudi-led coalition during the ongoing war in Yemen, which escalated in March 2015 when Houthi rebels seized the capital, Sanaa.

Meanwhile, Britain continues to send humanitarian aid. In 2017, it sent £155 million to the war-torn country.

Save the Children’s chief executive, Kevin Watkins, says the UK is “leading the world by providing aid to Yemen,” but at the same time “providing weapons and support to countries in a conflict that is killing, maiming and starving children.”

“The UK should stand tall in the world and export hope to Yemen’s children, not fear,” he said at the launch of the charity’s report ‘Next Generation Aid’, which sets out how Britain’s aid budget can better deliver for children.

Save the Children is calling for the Department for International Development (DfID) to be given a decision-making role on the government’s export control joint unit, which approves all arms sale licenses.

The unit currently includes representatives from the Foreign Office, the Ministry of Defense and Department for Business, Energy and Industrial Strategy.