ANY AGGRESSION BY INDIA ON LOC WILL BE GIVEN MATCHING & EFFECTIVE RESPONSE: MALEEHA LODHI
4 Oct, 2017 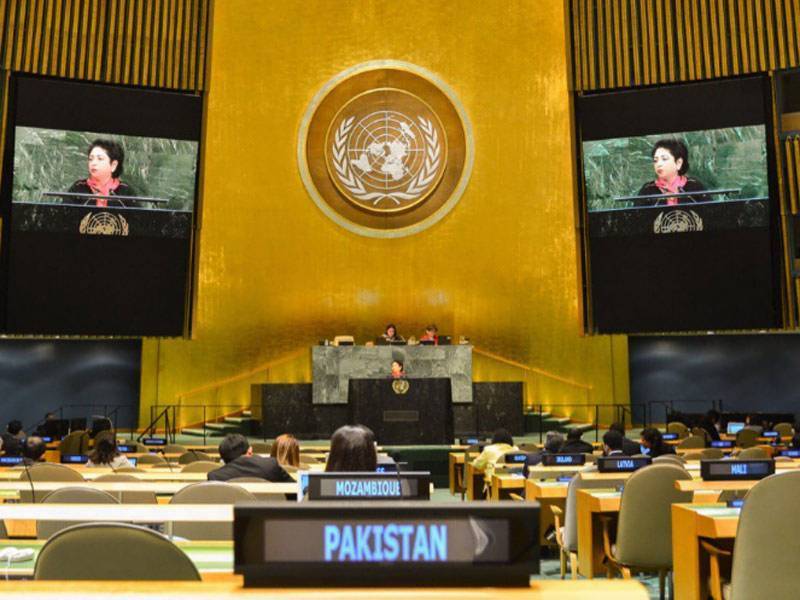 Pakistan's Permanent representative to the United Nations Dr.Maleeha Lodhi has warned India against carrying out threats to conduct strikes across the Line of Control.

Speaking in a debate on the Secretary General’s Report on Work of the Organization in New York, she said any aggression or intervention will meet a matching and effective response from our armed forces and the people of Pakistan.

Dubbing as false the Indian claim to have conducted a so-called "surgical strike" across the Line of Control, Ambassador Lodhi told the world body that such claims and threats constitute a flagrant violation of the UN Charter.

She said daily violations of the ceasefire along the Line of Control byIndia are aimed at covering up its crimes against the Kashmiri people, and to divert world attention.

Ambassador Lodhi said the continuing Indian occupation of Jammu and Kashmir is a travesty of justice, law and morality.

She said the dispute has been on the agenda of the Security Council for almost 70 years, but the people of occupied Kashmir still awaiting the implementation of numerous Security Council resolutions, which promised them their inalienable right of self-determination.