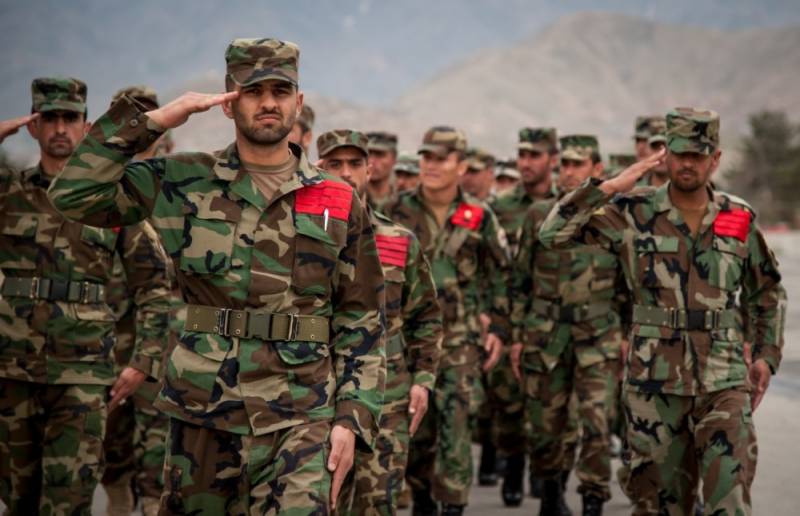 KABUL - US Secretary of Defense James Mattis told senators at a Senate Armed Services Committee hearing on the new Afghan war strategy that "Beginning last month, and for the first time in this long fight, all six Afghan military corps are engaged in offensive operations,” AP reported.

"We've never had all six of them working at the same time," he said.

The report said that the milestone underscored how long it has taken for the US to build an Afghan force able to go on the offense against a resilient enemy.

This comes after former US President Barack Obama’s administration in 2009 ordered 30,000 more US troops to Afghanistan, bringing troop levels to more than 100,000 and shrinking the areas controlled by the Taliban.

AP reported that after Obama declared the end of the US-led "combat mission" in 2014 and announced a plan to reduce the number of Americans there to an embassy presence by 2017,  the Taliban went on the offense, taking back control of or contesting territory where 36 percent of the population lives.

Early this year, Gen. John Nicholson the US commander in Afghanistan called the fight a "stalemate."

Mattis said the additional troops will be advising Afghan forces at the battalion and brigade levels but will be allowed to accompany forces to the battlefield and can employ fire support.

The US forces will also have more authority to employ airstrikes against the Taliban, Mattis said. Under the Obama administration, the Taliban needed to be within a certain distance of US troops before striking.

Mattis said the additional troops is one part of the new strategy in Afghanistan, which military leaders have dubbed "R4S" - regionalize, realign, reinforce, reconcile, and sustain, reported AP.

"Realign" means shifting the main effort of US troops to training and advising Afghan forces at the battalion and brigade level, he said. Mattis added that Afghan forces would carry out the fighting but that U.S. advisers could accompany "tactical units" and bring "fire support to bear when needed."

"Make no mistake, this is combat duty, but the Afghan forces remain in the lead for the fighting," he said.

"Reinforce" means the addition of over 3,000 US troops in the "coming months" to the approximately 11,000 US troops and 6,800 coalition forces already there, he said. Those extra troops will extend the US-led coalition's advisory effort, he said. Fifteen nations have also signaled they will increase their troop support, he added.

"Reconcile" means convincing the Taliban that the US-led coalition is committed to staying in Afghanistan until it comes to the negotiation table with the Afghan government.

"War is principally a matter of will, and the international community is making clear that it will stand alongside the Afghans committed to this fight," Mattis said.

AP reported that Mattis did not explicitly define what "sustain" meant, though he said the US would shift from a time-based approach to a conditions-based approach in Afghanistan - meaning it would stay in Afghanistan until necessary to convince the Taliban to come back to the negotiating table.

He also said the new strategy would be "sustainable" politically, fiscally, and militarily," since it will be carried out primarily by Afghan troops.

"We're already starting to see the psychological impact of this new strategy, both militarily in the field as well as through [Afghan President Abdul Ghani] and the Afghan Government's commitment to reform," he said. Afghan military casualties were also going down, he added.

Senators at the hearing grilled Mattis and Chairman of the Joint Chiefs of Staff Marine Gen. Joseph Dunford on why they believed this strategy would work after 16 years of pursuing different strategies.

"After 16 years, should the taxpayers of America be satisfied that we are still in a, quote, 'stalemate?' I don't think so," said Senate Armed Services Committee Chairman John McCain (R-AZ).

Dunford said that, for many years, there has been a "short-term" view on Afghanistan, which led Afghans, the Taliban, and regional actors to hedge, assuming the US was going to pull out.

"The Taliban, frankly, fed that message to their fighters, and that's how they motivated their people year after year - was, "One more year in a fight, and then we're going to defeat the coalition. They are going to leave Afghanistan."

"We have not, to this point, presented the Taliban with a conditions-based approach that extends the horizon out for our commitment, makes an enduring commitment and causes Taliban leadership, now, to approach their subordinates with that context," he said.

Mattis said there was now a "regenerated sense" the Afghan army can push the Taliban into a position where they can have no hope of winning and has to talk.