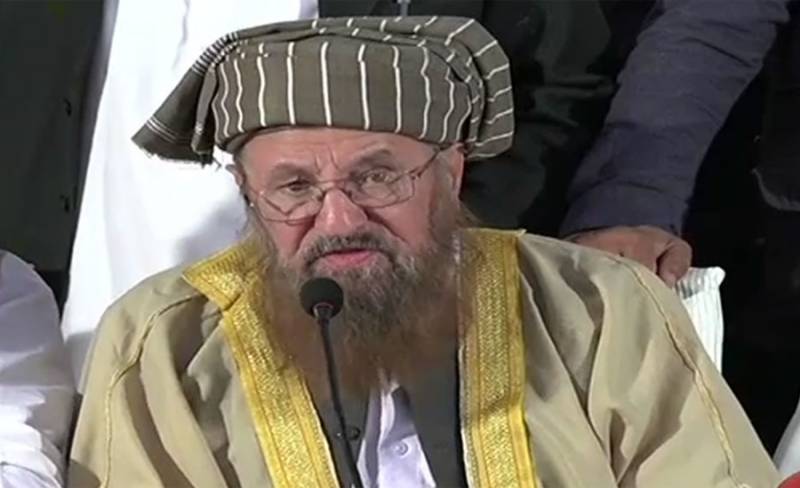 RAWALPINDI – New developments have been reported in the case of assassination of Moulana Samiul Huq.

The servants of martyred Jamiat Ulema-e-Islam-S (JUI-S) chief Samiul Haq revealed that two people came to meet Maulana at his residence during investigation.

The servants were taken into custody after assassination of the JUI-S chief on Friday. During the initial statement of servants, they said that two person, who often visit, came to meet Maulana Samiul Haq.

“Maulana asked us to leave for they wanted to talk alone and when we reached back home we found him dead in a pool of blood,” they said.

On the other hand a team of forensic experts and investigation officers of police have collected evidences, including fingerprints and CCTV footages from the housing society’s record room, from the site of the murder in Rawalpindi.