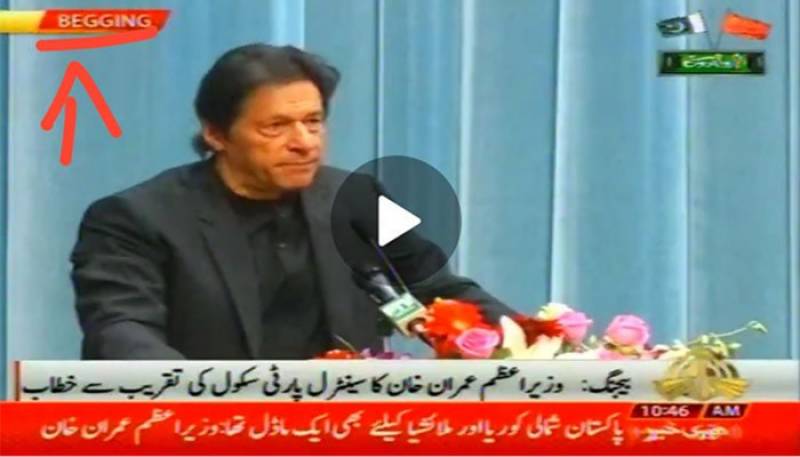 ISLAMABAD - An inquiry has been ordered on Sunday against a grave error made during the live broadcast of Prime Minister Imran Khan’s speech during his ongoing visit to China.

The dateline slug of the state TV’s broadcast of the speech had the word ‘Begging’ instead of Beijing while the premier was delivering his address.

Pakistan Television has started an inquiry against its five staff members for tampering with Prime Minister Imran Khan’s speech.

Due to the slug being present for an entire 20 seconds, the screenshots of the error were being discussed on social media.