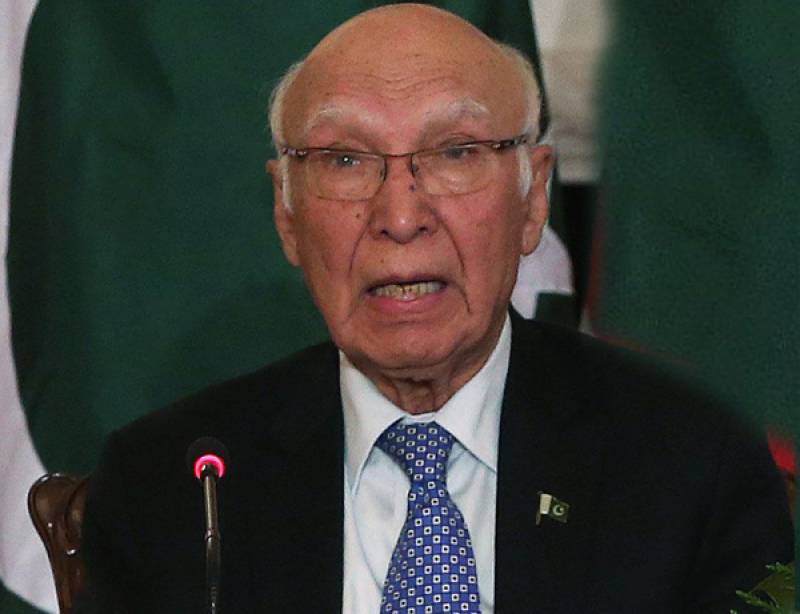 He highlighted Pakistan's success in counter-terrorism operations, which have improved security situation, higher economic growth rate and better investment climate in the country.

Aziz led Pakistan delegation to the 15th Heads of Government's Council of the SCO in Bishkek, Kyrgyz Republic, said a message issued by the Foreign Office here Thursday.

The decision to grants full membership to Pakistan was taken in Ufa, Russia, in July 2015. The Adviser informed the Summit that Pakistan is ahead of schedule in completing with the procedural steps required for its membership and hopes to attend the next Summit in Astana, Kazakhstan in June 2017 as a full member.

The Adviser underscored the importance Pakistan attaches to its formal accession as full member of the SCO and pledged its full support to SCO's policies and programmes.

Underlining the importance of regional connectivity for peace, stability and economic progress, Aziz stated that Pakistan offers critical overland and maritime routes for trade and energy connectivity within the SCO region and beyond.

The 15th Heads of Government's Council of the SCO was attended, among others, by Prime Minister Li Keqiang of China and Prime Minister Dmitry Medvedev of Russia.

The Joint Communique issued at the meeting underscored the importance of connectivity within the SCO region. In this regard, SCO states agreed on early implementation of SCO's road transport agreements and conclusion of its Road Transport Programme.