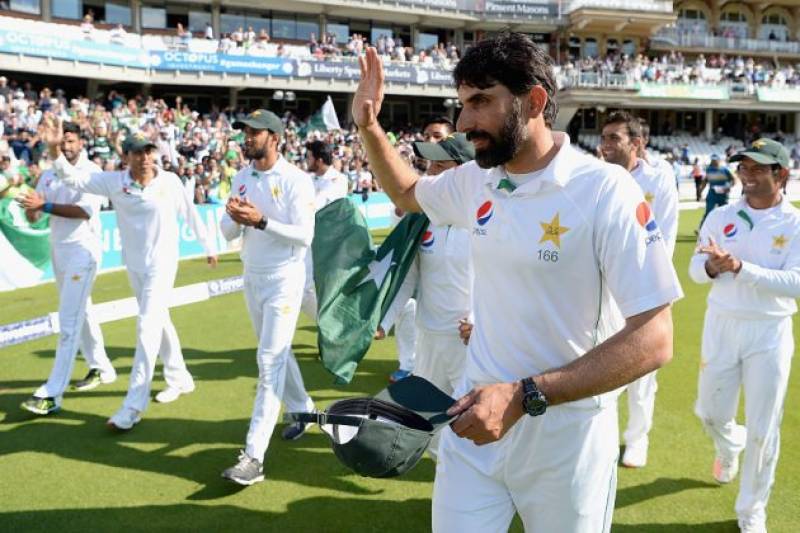 ISLAMABAD (APP): Though defeat against West Indies in the third and final Test in Sharjah saw Pakistan losing two points in the MRF Tyres ICC Test Team Rankings, their position is unchanged as they are still occupying the second slot.

Pakistan, who were top-ranked till India overtook them last month, have lost two points in the despite the series win because they went in with a 44-point lead over the West Indies and the rankings are weighted to reflect this difference, according to latest rankings issued by ICC on Friday.

Pakistan remain in second position with 109 points, six points behind India and just one point ahead of third-placed Australia. The West Indies have gained two points to reach 69 points and remain in eighth position.

West Indies opener Kraigg Brathwaite has moved into the top 20 of the MRF Tyres ICC Player Rankings for Test Batsmen for the first time after playing a stellar role in his team's five-wicket win over Pakistan in the final Test that ended on Thursday.

Pakistan can rise to number one in Test rankings

Brathwaite, who became the first opener to remain unbeaten in both innings of a Test match with scores of 142 and 60, has gained 13 places to reach a career-best 19th rank while helping the West Indies pull one back in the series that Pakistan won 2-1.

Brathwaite was not the only West Indies batsman to gain in the rankings led by Australia captain Steve Smith as wicketkeeper Shane Dowrich has gained 27 slots to reach a career-best 58th position. He scored 47 and 60 not out and figured in an unbroken stand of 87 with Brathwaite to see the team through to a target of 153 in Sharjah.

For Pakistan, which has four batsmen in the top-20 - Younus Khan (fifth), captain Misbah-ul-Haq (10th), opener Azhar Ali (12th) and Asad Shafiq (17th), Sami Aslam moved up two positions to a career- best 60th position after scores of 74 and 17 in Sharjah.

Meanwhile, Zimbabwe captain Graeme Cremer has moved up 24 places to a career-best 86th rank after scores of 102 not out and 43 in the first Test of a two-match series against Sri Lanka which ended in Harare on Wednesday.

In the MRF Tyres ICC Player Rankings for Test Bowlers led by India off-spinner Ravichandran Ashwin, Pakistan's Wahab Riaz has gained four places to reach a career-best 24th rank. The left-arm pace bowler took seven wickets in Sharjah, including a haul of five for 88 in the first innings.

For the West Indies, leg-spinner Devendra Bishoo has gained seven places to reach a career-best 29th rank after taking seven wickets in the match while captain Jason Holder's haul of five for 30 in the second innings has helped him move up 12 positions to 47th rank.

Sri Lanka captain Rangana Herath has retained his fourth position in the rankings with six wickets in the match, while for Zimbabwe, Carl Mumba has moved up one position to 76th rank.