In an irony, US slammed Islamophobia and violent attacks against Muslims across the world
4 May, 2022 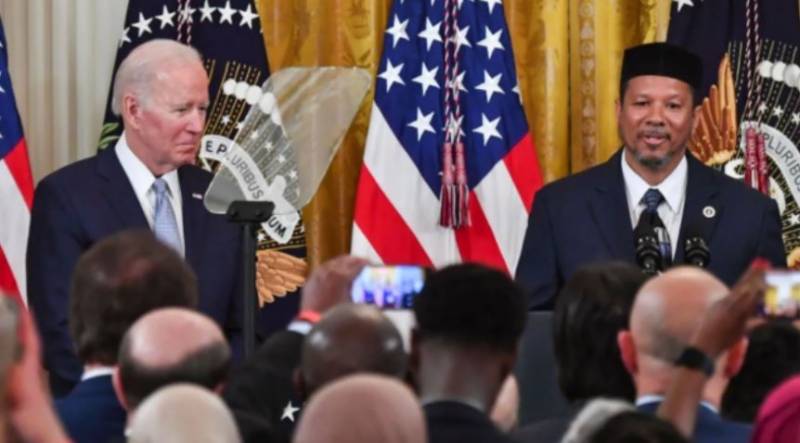 US President Joe Biden, while expressing displeasure over Islamophobia and targeting of Muslims by violence around the world, has called for religious tolerance.

Addressing a large gathering during a reception in connection with Eid-ul-Fitr at White House, he praised the contributions of Muslim-Americans.

The US President said no one should be discriminated against or be oppressed for their religious beliefs.

He said Muslims make our nation stronger every single day, even as they still face real challenges and threats in our society, including targeted violence and Islamophobia.

Pakistan’s Ambassador to the United States, Masood Khan, also attended the reception along with Washington-based members of the diplomatic corps.