KP govt set up IT Board to equip youth with innovative technology
4 May, 2017 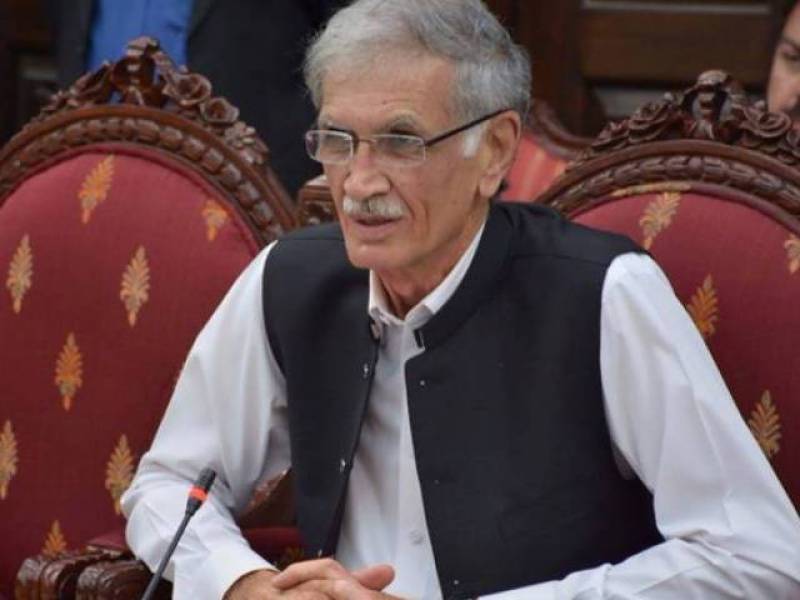 PESHAWAR: Chief Minister Khyber Pakhtunkhwa Pervez Khattak has said that the KP government established information technology board to equip the youth with the innovative technology as the future economy would be based on digitalization.

He was addressing the inaugural ceremony of digital seminar co-sponsored by Information Technology Board and World Bank.

The Chief Minister was taken a back by the ground reality that when they have the resources and the required level of commitment and at the same time we are going to the adaptability of innovative technologies coupled with pro investment policy and clear cut targets and still we are laggard. This cannot be our destination but with the right approach and the flawless planning we would move forward to get our targets, he added.

Pervez Khattak said that his government allured the domestic and foreign investors through unmatched incentives and at the same time it formed the Information Technology board in order to remove the hopelessness of the youth.

The Chief Minister said that CPEC converted the unfeasible province of Khyber Pakhtunkhwa into the most feasible destination for investors. We would never look to others but would work for ourselves. When we have resources then we need not to look to others for loan but our priorities is alluring the investors to come forward, invest in this province and get more dividend.

Pervez Khattak said that the new age had brought along new dimensions of development that created a big scope for the youth. The development of the youth ranked at the top in his government priorities, he added. He talked about the sports ground constructed for the youth and other recreational and sporting facilities including training them to become the true work force for the industrialization in the province.

Referring to the benefit of CPEC the Chief Minister said that it would usher in a true development era in the province. He succeeded to negotiate an alternative route starting from Gilgit via Chitral, Dir to Chakdara. The KP Government succeeded in signing 82 MoUs in different sectors during the recently concluded Beijing Road Show arranged by the KP Government. We took hundred projects to the Beijing Road Show.

He hoped that the province would be the end beneficiary of the CPEC. He assured against taking loans that he added would over burden the already sagging financial health of the country. He called upon the youth to get the technological knowhow to contribute towards the rapid development of their country. He welcomed both domestic and foreign delegates and assured them that their recommendations would shape up the future digitalization process in the province. (APP)