China issues pair of travel alerts to its citizens going to America
4 Jun, 2019 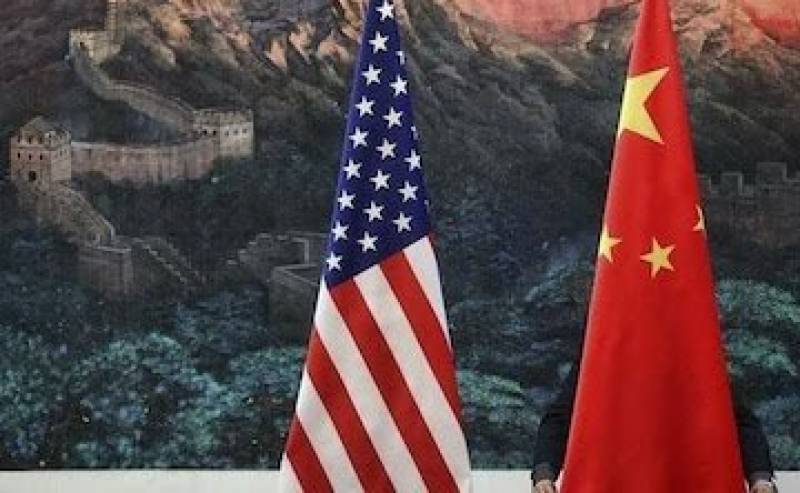 BEIJING - China on Tuesday issued a pair of travel alerts to its citizens going to the United States, warning them about police harassment and crime as tensions soar between the global powers.

The world's two largest economies have been locked in a protracted trade war, and any major drop in Chinese tourism to the United States could cost billions to the US economy.

While it did not threaten to curb tours to the United States, China has used tourism as a weapon during previous diplomatic rows with South Korea and Japan.

Tuesday's warnings were also issued as China angrily hit back at US criticism of its human rights record on the 30th anniversary of the brutal crackdown on Tiananmen protests, adding to tensions.

The foreign ministry said US law enforcement agencies have "repeatedly" used methods such as immigration and on-site interviews to "harass" Chinese citizens in the US.

It urged Chinese nationals and Chinese-funded institutions in the US to be cautious and "increase awareness and strengthen preventive measures."

"This is a response to the circumstances, China would not have done this if it was unnecessary," foreign ministry spokesman Geng Shuang said at a regular press briefing.

- US warns its citizens -

A separate travel warning by the culture and tourism ministry warned: "Recently, shootings, robberies and thefts have occurred frequently in the United States."

The statement urged Chinese tourists to "fully assess the risk" and "improve their awareness of safety and security".

Three million Chinese visited the United States last year, down from 3.2 million in 2017, according to the US National Travel and Tourism Office. They represent the fifth biggest group of foreign visitors, spending $36.4 billion last year.

This is the second US travel advisory issued by China over the past 12 months.

The Chinese embassy in Washington last July warned Chinese tourists to be aware of issues including the threats of public shootings and robberies, searches and seizures by customs agents, telecommunications fraud and natural disasters.

The warnings come a day after the education ministry said students and academics were facing US visa problems and urged them to assess the "risk" of travelling to the United States.

For its part, the United States warned its own citizens earlier this year that they could face arbitrary action by authorities when they visit China, including sudden prohibitions on exiting the country and harassment of citizens of Chinese heritage.

China's own visa process is onerous, especially for journalists, with some reporting delays and difficulties in getting or renewing visas.

Ties between China and the United States have deteriorated after trade negotiations stalled last month without a deal to lift bruising tariffs on goods worth $360 billion in two-way trade.

Instead, the two sides hiked punitive tariffs, the United States blacklisted Chinese telecom giant Huawei and Beijing said it would create its own list of "unreliable" companies and individuals.

US businesses in China have complained about delays in customs clearance and other non-tariff retaliation after the trade war reignited.

Chinese state media have also dangled the threat of cutting exports of rare earths to the United States -- a key resource used in the production of everything from smartphones to military hardware. -APP/AFP